Regime and Russian airstrikes target civilian centers in Idleb, killing and wounding many through use of vacuum missiles 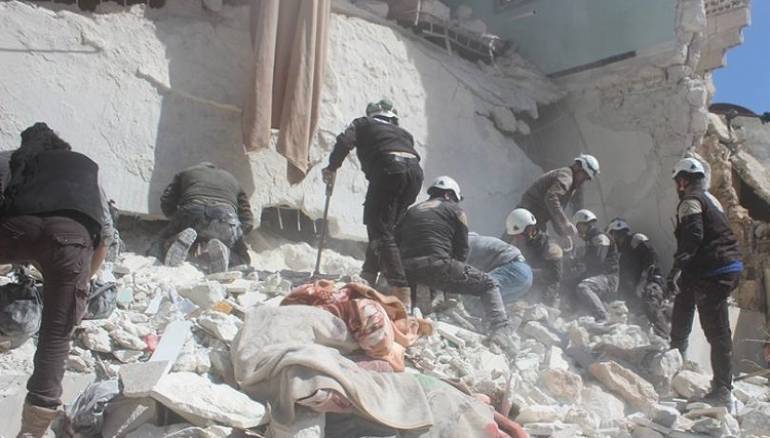 At least six civilians, including children, were killed on Sunday in Russian airstrikes on the northern city of Idleb, a local media center reported.

The U.K.-based Syrian Observatory for Human Rights said on Monday there have so far been about 465,000 people killed and missing in Syria's war.