Russian FM urges joint action from countries involved in the Syrian file, whether they were 'invited to Syria by the legitimate government' or not 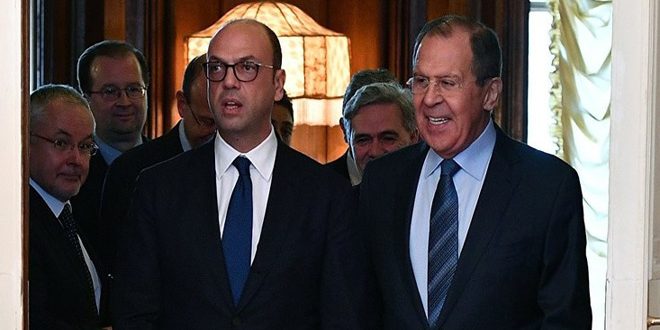 Russian Foreign Minister Sergey Lavrov reiterated his country’s call to form a united front against terrorism, stressing the importance of working side by side with the Syrian government.

In a joint press conference with his Italian counterpart Angelino Alfano in Moscow, Lavrov said that the eradication of the Islamic State (ISIS), the Nusra Front and other terror groups around the world should be a common interest for all.

“We are calling on those who were invited to Syria by the legitimate government and those who are there without such invitation, but who declared fighting terrorists as their goal, to coordinate their actions. This includes coordination with the Syrian government as well,” Lavrov added.

Lavrov pointed out Russia’s efforts with the Obama administration to separate the so-called “moderate opposition” from other terrorist groups, but noted that the United States has failed to implement the agreement, adding that this path has been resumed in cooperation with Iranian and Turkey instead.