Gatilov avoids making comments on the progress of the ongoing intra-Syrian talks, stating that a number of meetings are still to take place with different Syrian participants 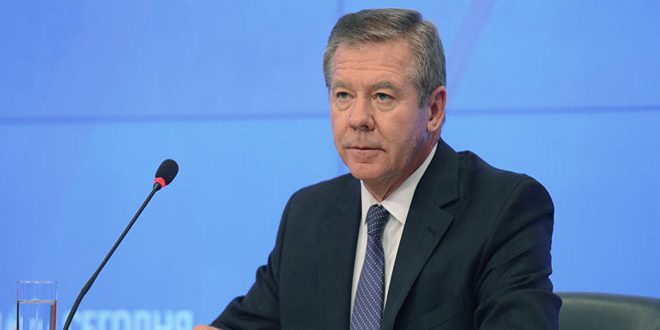 Russia’s Deputy Foreign Minister Gennady Gatilov said Monday it was too early to assess the results of the fifth round of the Geneva talks on Syria, adding that Moscow's representatives will remain in the city until they have met with all parties.

Gatilov’s remarks came upon his arrival to the Swiss city accompanied by Sergey Vershinin, Middle East director at the Russian Foreign Ministry.

Gatilov is expected to hold two meetings with the official Syrian government delegation and representatives of “Moscow platform” opposition on Tuesday, as well as a meeting with the Saudi-backed opposition delegation on Wednesday.