British-based group singles out regime and Russian forces for their human rights violations in report documenting the deaths of more than a thousand non-combatants in 30 days, Madar al-Youm reports 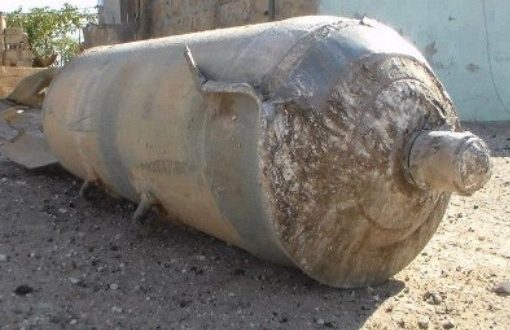 At least 1,014 civilians were killed by the parties active in Syria throughout the month of April, according to a U.K.-based rights monitor.

The group said there were 87 civilians killed by “extremist organizations,” including 85 by the Islamic State (ISIS), and two by Al-Qaeda’s Hayat Tahrir al-Sham, while 25 civilians, including four children, were killed by opposition forces and 86 civilians by the U.S.-led coalition, including 24 children and 18 women.

The report added that 79 civilians, including 11 children and 17 women, were killed, either drowning in boats while trying to flee or during bombings which the Network was not able to confirm who carried out.

The Network stressed in its report that regime and Russian forces “have violated international human rights law which protects the right to life,” and said, according to witnesses, that the rate of attacks which targeted civilians was over 90 percent.

The monitor also called on the United Nations Security Council to take up its responsibility for “the killing, which has not stopped for a single hour,” calling for pressure to be put on Assad to end the arbitrary and intentional bombardment of civilians.