Local sources claim raid was part of operation to arrest YPG deserters who fled ahead of the battle to liberate Raqqa from the Islamic State, opposition website reports 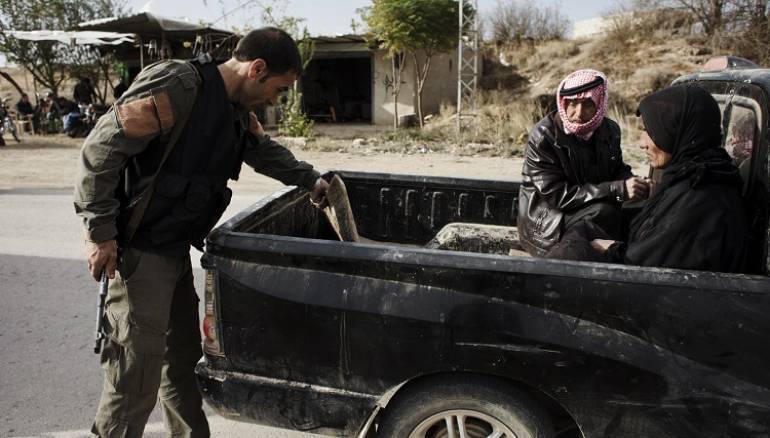 Kurdish Asayish (security) forces killed two brothers during a raid on an Arab village in the area of Abu Rasin in Hassakeh on Tuesday, residents said.

According to local sources, the Asayish forces raided the village of Tal al-Shaer in an operation to arrest Rami Ali al-Bahri, a commander in the Kurdish People’s Protection Units (YPG), on charges of desertion prior to the battle to liberate the city of Raqqa.

The sources said that Asayish members killed Bahri after he fled the village and arrested all female members of a number of connected families. Bahri's brother was also killed in the raid.

Sources said that Kurdish forces had launched a campaign of raids and arrests on the four villages located on the Tal Tamer-Abu Rasin road, confirming that the forces arrested anyone who sheltered any of the deserters.

The villages have experienced tension for three days because of repeated raids under the pretext of searching for wanted persons, according to local sources.

Asayish spokesperson Ali Hassan confirmed in a statement that one member of the Kurdish security forces was killed and two were wounded during a raid while patrolling in the village of Kherbet al-Shaer. The security forces had orders to arrest what he described as “an outlaw gang” wanted for justice.

In a related context, Kurdish forces killed a 12-year-old child during a raid on a village in the Arishah district south of Hassakeh on Thursday.