Army’s chief of staff takes part in celebration held by Russian forces on the 72nd anniversary of the victory over Nazism, government media reports 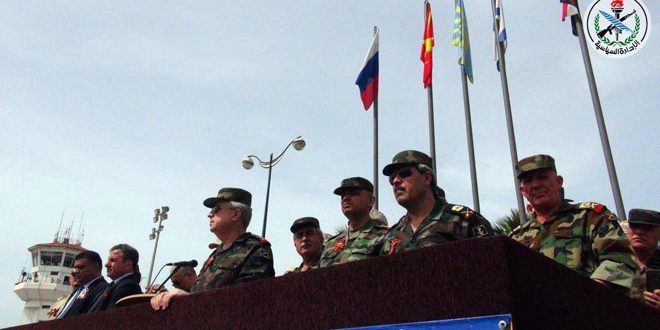 On the occasion of Victory Day, Syrian army Chief of Staff Lt. Gen. Ali Abdullah Ayoub participated in celebrations held by Russian forces at the Hmeimem air base in Lattakia.

During the celebration, Ayoub offered congratulations on behalf of Syrian President Bashar al-Assad to the Russian forces working in Syria. Victory Day marks the 72nd anniversary of the defeat of Nazi forces by the Soviet Union in 1945.

The celebration included a military parade in which a group of Syrian armed forces took part.