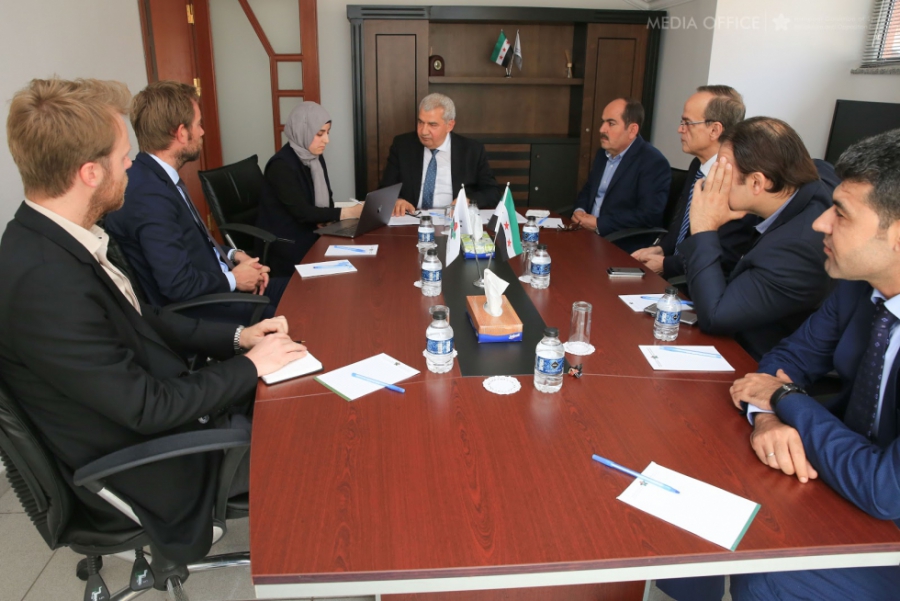 Syria’s opposition stressed its dependency on friendly countries to assist in projects aimed at alleviating the suffering of the Syrian people and improving living conditions in the liberated areas.

During a meeting on Tuesday with the Norwegian special envoy for Syria, Knut Lein, President of the Syrian National Coalition Riad Seif said that the opposition strives to administer liberated areas and provide services to the population.

Seif outlined plans by the Syrian Interim Government to support education and health sectors and to restore state institutions following the systematic destruction of vital civilian facilities and infrastructure by the Assad regime.