Residents of the central province arrive back in their towns after government forces defeat militants, state media reports 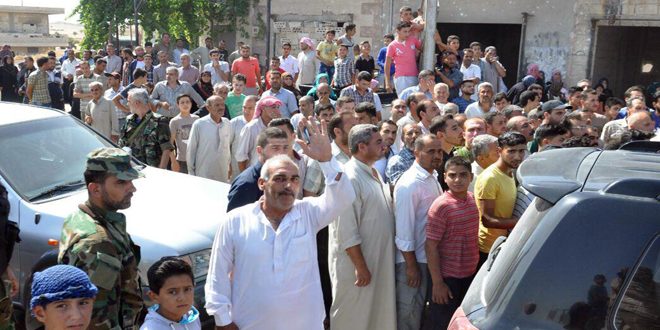 Families who were forced to leave their villages in the northern countryside of Hama due to terrorism have started to return to their homes after the Syrian army restored security in the area.

SANA’s reporter in Hama said that hundreds of families have returned to their homes in the towns and villages of Souran, Tibet al-Imam, Maardes, Kawkab and Maan, which they were forced to leave when fleeing the terrorists.

During an inspection visit to the villages, Hama Governor Mohammad al-Hazzouri said that all the service establishments in the governorate have been instructed to provide people with the basic needs for 48 hours.

In a relevant context, the governor also met with the head of the International Committee of the Red Cross office in Homs and Hama to discuss ways to improve cooperation.