The U.N.'s refugee agency is reported to be ending food allowances for Syrians in neighboring Lebanon from next month, Zaman al-Wasl writes 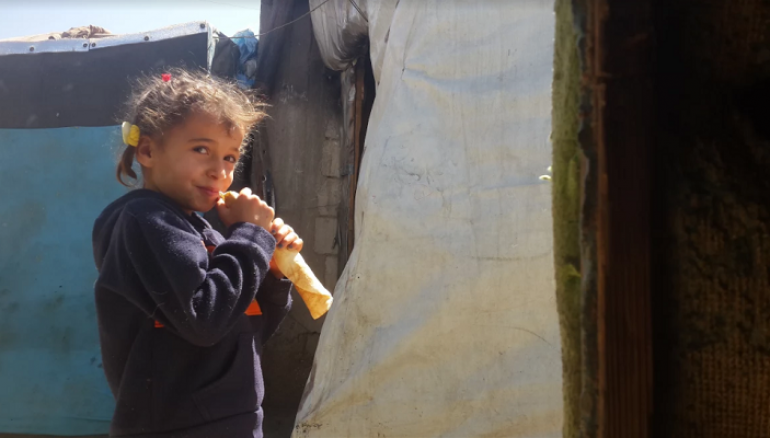 The United Nations High Commissioner for Refugees (UNHCR) in Lebanon has sent text messages to hundreds of Syrian refugees living in Lebanon warning them that they will no longer be able to benefit from organization’s monthly food allowance starting October.

“We regret to inform you that October will be the last month you can benefit from WFP assistance because you are no longer eligible for food aid,” the UNHCR message read, referring to the World Food Program.

Speaking to several Syrian refugees in Lebanon, Zaman al-Wasl found that UNHCR had randomly targeted only some Syrian refugees living in Lebanese camps but had not sent the message to all those registered with the agency.

Activists responded to the news by launching a campaign on social media against the cancellation of the WFP aid provision. The effort comes as activists fear the negative consequences that cancelling this assistance will have on thousands of Syrian families.

According to Zaman al-Wasl’s reporter, refugees are in a state of panic due to the news, as thousands of families will suffer from hunger and poverty in the absence of any sources of aid. The action will exacerbate the suffering of thousands of Syrian families who are dependent on the WFP allowance provided by the UNHCR.

Maha Tarfa, 46, was one of the refugees who received the message.

Based on the message, she will no longer be covered by the program after October. Maha expressed her sadness, disappointment and fear of an unknown future that awaits her and her family.

She said she was unsure how she would survive or feed her family after the agency cuts her off. “How will I live?” she asked.

Activist and camp supervisor Abou Masud al-Muslamani commented on the news, saying: “We regret the arrival of messages, including the termination of providing aid via red cards to a large number of beneficiaries.” Some refugees in Lebanon are administered a card which provides them access to food aid and an allowance.

“We reject this strategy, which indicates that there is increasing pressure on us to give in to the reconciliations [inside Syria] that are being communicated, and we request clarification to know the reasons for this improper conduct from an organization that supposedly operates on purely humanitarian grounds,” he said.

According to a survey conducted by the UNHCR last March, more than 1 million Syrian refugees are registered with the agency. This accounts for 20 percent of the population of Lebanon. The majority of them live in camps and wooden caravans, while a small proportion live in homes which are rented from the agency.

Recently, United Nations agencies and NGOs involved in the Syrian refugee crisis appealed for $4.69 billion to assist Syrian refugees in the region. Lebanon received $2 billion, the largest share of this fund, which it argued it would distribute across several sectors, including health care, food security, education, protection and shelter.

Meanwhile, Syrian refugees in Lebanon remain in a state of fear, panic and anxiety culminating in the sound of their phone ringing to indicate they received a new message.