Pastor Andrew Ashdown is leading a delegation to Syria with the hope of encouraging a shift in British policy, SANA reports 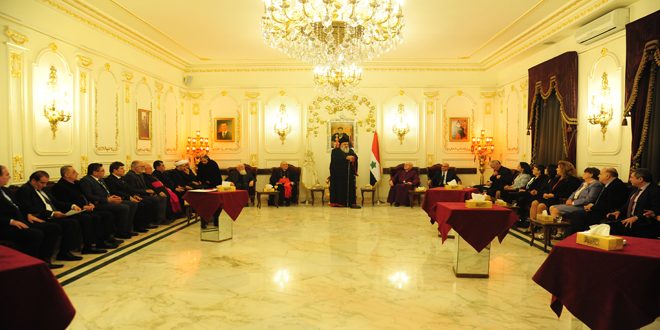 The British Anglican priest Andrew Ashdown has called on the international community to listen to the will of the Syrian people, stating that a number of countries have been waging a proxy war in Syria without considering the interests of the Syrians.

In a statement to SANA on Sunday, the clergyman said that the United Kingdom should support Syria socially, religiously and economically, adding that it should regret its recent destructive role against Syria.

Ashdown, who is heading a House of Lords delegation to Syria, noted a shift in British public opinion toward events in Syria, saying that the people no longer believe the Western media’s narrative about events in Syria.

During its visit, the British delegation will hold meetings with locals to hear the truth about events taking place in Syria and convey it back to the outside world.

Ashdown said he hopes the trip will help to convince British politicians to change their policies toward the Syrian crisis, saying that it is time the international community listens to the will of the Syrian people.

He also stressed the importance of reconstruction and the need to preserve Syria’s cultural identity, inclusiveness and diversity.