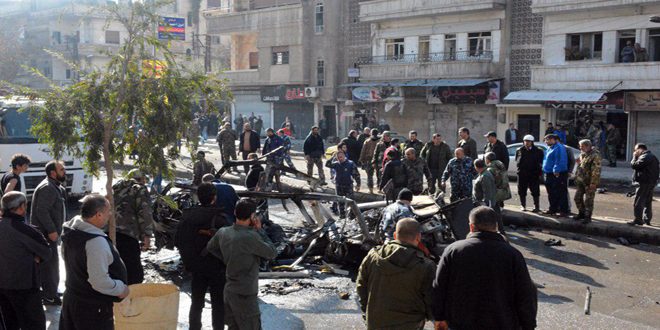 At least eight people were killed and 18 others injured in a terrorist explosion in city of Homs on Tuesday, head of the Homs Health Directorate Hassan al-Jundi announced.

Earlier, Homs Governor Talal al-Barazi told SANA that “terrorists planted an explosive device in a passenger bus and remotely detonated it on Al-Ahram Street in Ekrema neighborhood, killing five civilians and injuring 12 others.”

SANA’s reporter said that the terrorist bombing caused damage to a number of cars, shops and infrastructure in the place of the explosion.