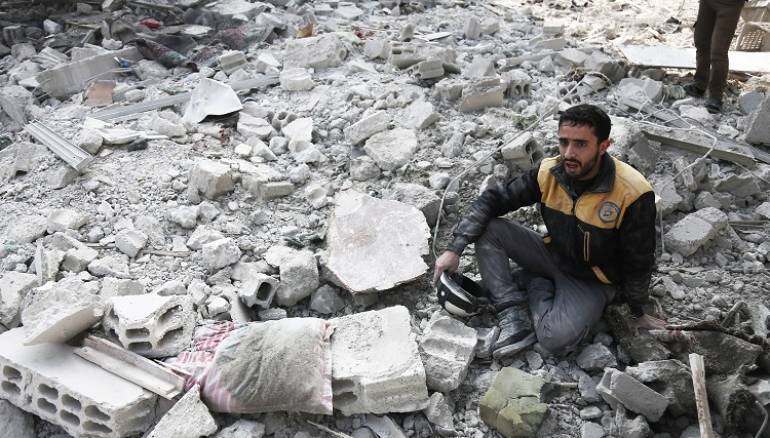 At least five civilians were killed on Sunday as regime forces stepped up aerial and ground bombardment on the besieged Eastern Ghouta suburbs, local activists said.

The bombing of the rebel-held eastern enclave of Damascus has continued since Saturday after collapse of a two-hour-long cease-fire.

A woman and a child boy were among the casualties of the airstrikes on Douma city, the Civil Defense rescue group said.