Some refugees in Germany's capital are unable to rely on the state to guarantee their residence in Europe, Al-Sharq al-Awsat writes 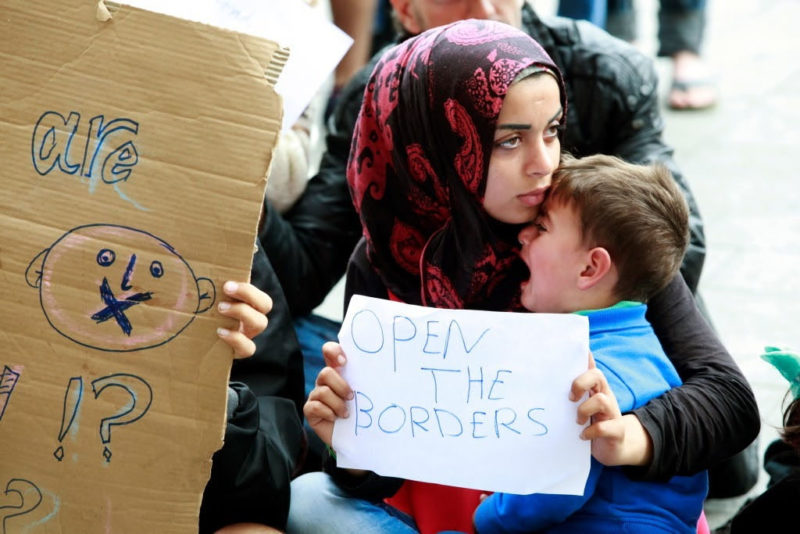 In the streets of Berlin and on its various forms of transport, you often hear the Syrian dialect spoken in loud voices. When you look without hesitation at these faces, you find some of them smiling happily and others sad and gloomy. Which begs the question, why does such pessimism and optimism exist side by side?

Abou Majid al-Dimashqi’s family, who came to Germany two years ago, believes that the reason for his depression is the inability to obtain any residency permit which had repeatedly been promised to him. Umm Majid told Al-Sharq al-Awsat that since September 2016 they have been waiting for their residency approval, which has pushed them to hire a lawyer from whom they have gained nothing except “delays of papers and procedures, especially the paper approving the information exchange between Germany and other European countries, which reached them two days ago to sign, and was supposed to arrive months ago.”

She adds: “The German migration authority says they have a large number of refugees and that there is major pressure on the work, which means many files are lost and re-completed. But the basic problem for the administration is Syrian families passing through other European countries, and finding their mark in these countries, which Germany overlooked in the beginning but can no longer do so with the Dublin agreement entering into effect.”

Hossam, the head of one Syrian family, finds that Syrians who came to Germany at the beginning of 2015 have obtained better advantages and received residency cards easily and quickly. “The complications began after the right-wing [Alternative for Germany] party exploited the problems caused by the refugees to rise politically,” he said.

Hossam added: “The ‘welcome’ policy toward refugees in Germany has now ended. Asylum has become very difficult, especially with the policy developed by the Christian Democratic Union, that is the coalition of parties against the right wing. Some Syrian families have claimed asylum more than two or three years ago, and still have not obtained residency permits.”

He said that most Syrian asylum-seekers are looking for any means of employment so that the work contract they obtain can be a guarantee for residency. “We have begun to see many young Syrian men, even those who have university degrees, working in Turkish restaurants, taking advantage of the language they learned in Turkey before coming to Europe,” he said.

The Syrian academic Omran Alouni told Al-Sharq al-Awsat that “at Germany’s heart there are two states — the private sector state, which is well-organized and administered, and the government sector state, which we have come to see as one of the worst governments, given the high amount of bureaucracy. This does not apply only to refugee procedures. If a German wants to be issued a driver’s license, he will not get an appointment for two months, and if he wants to obtain German travel documents, it’s the same. The bureaucracy is murderous, and pushes people to demand more privatization.”