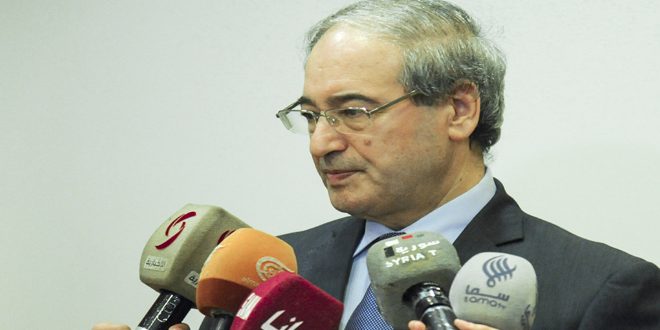 Deputy Foreign Minister Faysal Mikdad said on Sunday that Syria supports and calls for the formation of an international inquiry into the massacres committed by the U.S.-led international coalition in the city of Raqqa, adding that Syria urges the United Nation secretary-general to support this proposal.

“We are not intimidated by threats. Syria is steadfast and achieves victories over terrorism. Those who threaten Syria give assurances to terrorist organizations in order to continue killing civilians,” Mikdad said at a press conference.

He added that Syria supports the entry of humanitarian aid to Al-Rukban camp on the Syrian-Jordainan border, if there are guarantees it will reach civilians, not terrorists.