Airstrikes hit Daraa province for the first time since the truce was agreed in July, Alsouria Net reports 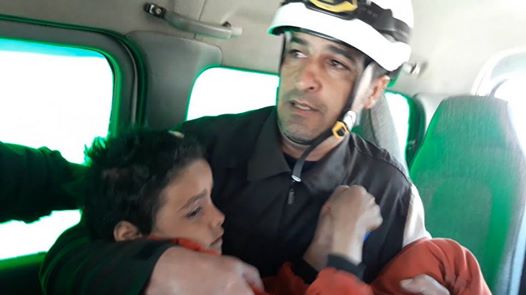 Warplanes belonging to President Bashar al-Assad’s regime on Monday targeted towns under the control of the opposition in the east of Daraa province in the country’s south for the first time since the de-escalation agreement went into effect last July.

Ten airstrikes hit the towns of Basr al-Harir, Al-Herak, Al-Ghariya al-Gharbiya and Al-Soura in the province’s eastern countryside, according to the Anadolu Agency.

The Civil Defense directorate (the White Helmets) in the Daraa countryside reported the wounding of two children during strikes on the town of Al-Herak, which struck residential areas.

The “Ahrar Houran Assembly” reported that Assad’s forces have for days been bringing military reinforcements to the city of Izra in the northeastern Daraa countryside, amid reports that the regime and its militias intend to carry out hostile operations against the de-escalation zones in Daraa province.

This escalation by the regime comes a day after the “Hmeimeem Central Channel” page announced that the regime's military destination after the eastern Damascus Ghouta would be southern Syria.

The de-escalation agreement entered into force in southwestern Syria in July last year after an agreement between the United States, Russia and Jordan.