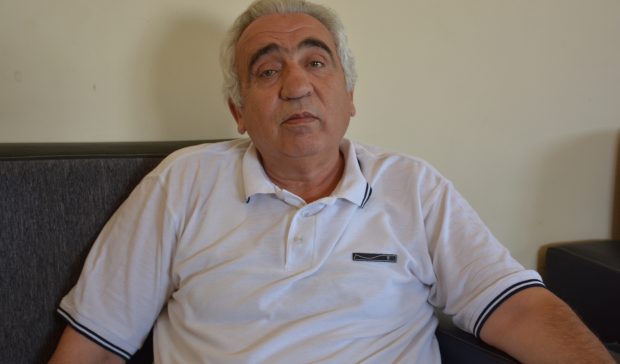 A prominent Syrian lawyer who helped cut a deal to ensure some Islamic State (ISIS) militants were given safe passage out of their Syrian stronghold Raqqa last year was found dead on Thursday, according to the Kurdish Democratic Union Party (PYD authorities.

The Syrian Democratic Council said that the council's member, Omar Alloush, was murdered in yet another crime to be added to the record of crimes committed by the enemies of freedom and justice.

The SDC added in a condolence message that the hand that assassinated Alloush aims to murder “the values ​​of freedom, justice and democracy, and break the will of coexistence and peace in Syria, members of the Council of Civil Tender and the Democratic Council of Syria.”

The SDC, a political/administrative body dominated by Kurds, said: “Alloush enjoyed the best relations with the representatives of the Arab, Armenian and Turkman tribes. He played a pivotal role in establishing the Raqqa Civil Council and developing it in providing service of the people of Raqqa, despite the harshness and difficulty of working in the ongoing battles against the terrorist organization."

AFP reported that Alloush helped negotiate an agreement with tribal leaders that allowed some ISIS fighters to leave Raqqa before it was overrun by the U.S.-backed Syrian Democratic Forces on Oct. 17.

The PYD, the main Kurdish party whose armed wing dominates the SDF, gave no details of the circumstances of Alloush's death.