Many doctors had already left the Ghouta as part of the evacuation process, an activist tells Al-Hal 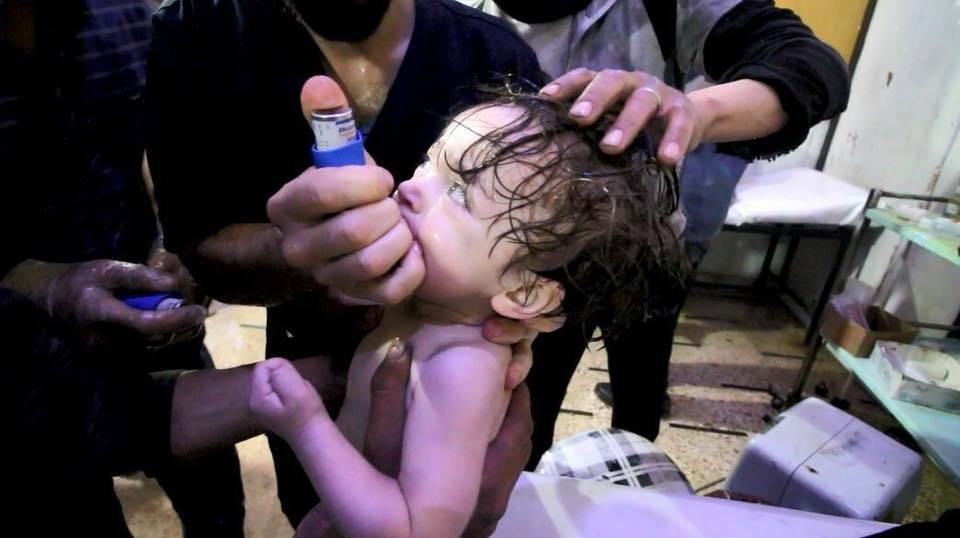 The current medical situation in the city of Douma in the Eastern Ghouta in the Damascus countryside has contributed to the increase of the toll of the chemical attack which the regime carried out on the city, which resulted in the deaths of 180 civilians and the wounding of more than 1,000 through asphyxiations.

Activist Muntasser Abu Zeid told the Al-Hal website that the medical situation in Douma was “extremely bad, there were not enough doses of medicine for the cases of the chemical bombardment, in addition to a number of doctors leaving with the displaced from the area earlier.”

The activist said that the pressure “was heavy on medical staff, who treated more than 1,000 civilians and were not able to save 180 others.”

He said that after treating cases the doctors “took a measure of rest and then the regime returned and bombed the area, which meant additional pressure on them.”