The area has been under fierce bombardment, Zaman al-Wasl reports 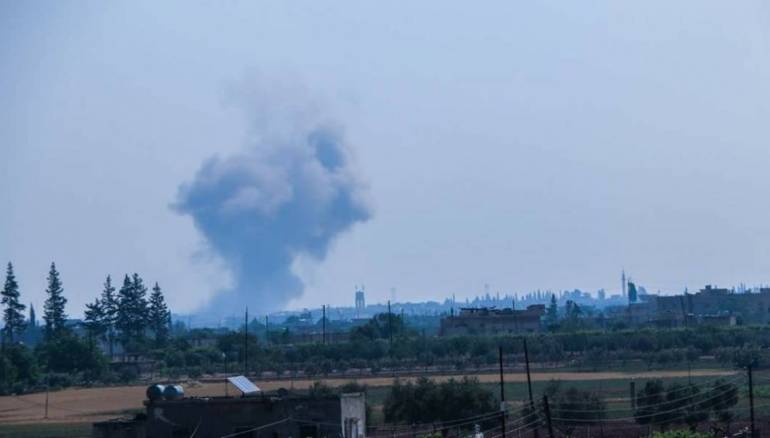 Russia has reached a cease-fire deal with Syrian rebels in the northern countryside of Homs after almost three weeks of a major campaign by regime forces and allied militias, local activists said Monday.

The deal came after the regime army began an intense bombardment, as President Bashar al-Assad pushed to recapture all the remaining areas his forces have besieged.

Reconciliation talks were suspended between the Russian army and the negation committee in northern Homs and southern Hama last week.

Syrian rebels have killed at least 150 militants loyal to Assad in Homs and Hama, since the offensive began two weeks ago

The regime army's assault on the pocket between Homs and Hama – the most populous remaining besieged area in Syria – included both airstrikes and artillery, said the Syrian Observatory for Human Rights, a war monitor.

Reinforcements had arrived in regime-held areas before the bombardment, which targeted Rastan, the biggest town in the pocket, and several nearby villages, the Observatory said.

On Sunday, the regime and Russia stepped up their aerial campaign on Homs after the failure of reconciliation talks.