Trade unions come together in the Syrian capital, SANA reports 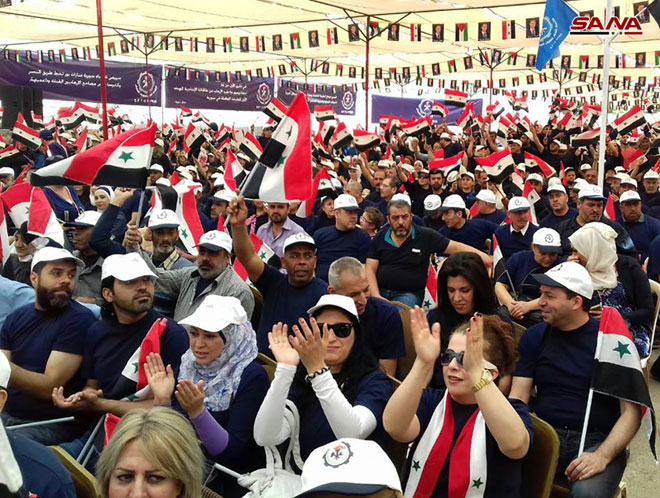 Under the patronage of President Bashar al-Assad, the General Federation of Trade Unions on Tuesday organized a celebration on occasion of International Workers’ Day.

The event was held at the headquarters of the United Trade and Industrial Company (Al-Khumasiya) in Damascus.

Chairman of the General Federation Jamal al-Qaderi said that this year the International Workers’ Day is celebrated as the Syrian Arab Army is achieving major victories against terrorism, making this occasion a celebration of the victory of values and principles.

He said that this event also commemorates the workers who were martyred.

Qaderi said that the working class is a true partner in the victory against terrorism, as it supported the army and provided what the Syrian people needed to remain steadfast in the most difficult conditions.