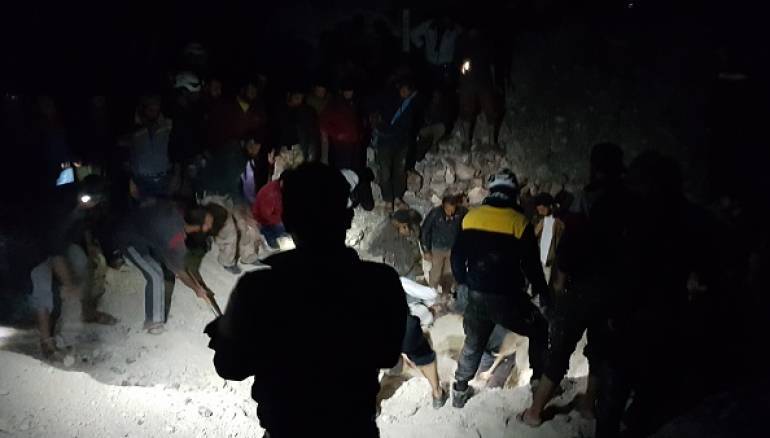 Ten people from the same family have been killed in Russian airstrikes on the northern province of Idleb, a rescue group said Wednesday.

The deadly strikes hit the town of Maarzita in the southern countryside of Idleb, the Civil Defense said.

Idleb has been a haven for tens of thousands of rebels and civilians who were forced to abandon their homes in other parts of western Syria that the regime and its foreign military allies have recaptured from rebels.