The list includes businessmen, former ministers and propagandists for the regimes reports Etihad 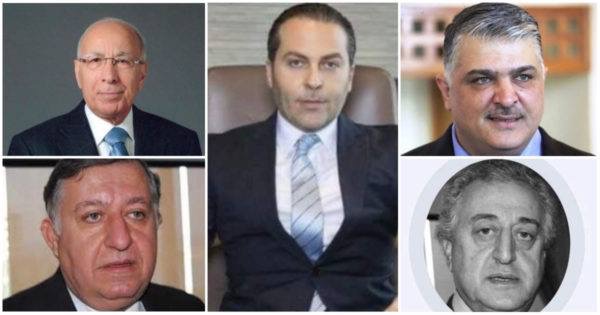 The naturalization decree for about 300 people signed by Lebanese President Michel Aoun, which has gone into effect carried a number of names of Syrian figures close to the Syrian regime who have taken Lebanese citizenship, some of which are listed on the American sanctions list.

The list, which is known as the “naturalization scandal”, included Samer Foz, a major Syrian businessman, and the economic arm of the Bashar al-Assad, whose name is tied to Syrian regime companies, most prominently the Aman Holding Company, which branches out into several companies.

The list also included the family of former minister Hani Murtada, including his son Mazen, who oversees the affairs of the Sayed Zeinab shrine, while also handling the receipts of Iranian funding to the regime.

In addition to these names there was Abdul Qader Sabra, a Syrian businessman who was president of the Syrian Maritime Shipping Chamber. A few years ago, the Syrian customs administration froze his movable and immovable assets because of his involvement in smuggling.

Additionally, the list included other names, including Mufid Ghazi Karami, one of the regime’s funders in Suwaida, and Samer Youssef, director of Sham FM radio and a propagandist for the regime, as well as Farouq Loud, head of the Chamber of Commerce and Industry in Latakia and considered one of the regime’s men.