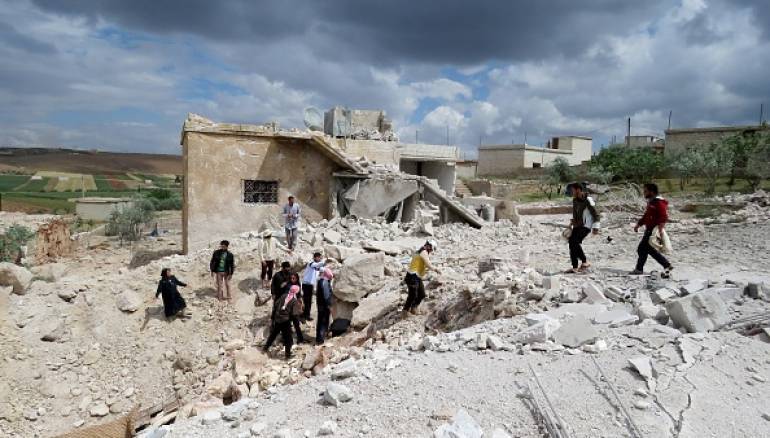 A senior commander in the Turkish-backed Syrian forces said a ceasefire will soon be declared in northern Syria.

Mustaga Saijeri from Liwa al-Mu'tassem, a key unit in the Free Syria Army said opposition-held areas in Aleppo, Hama and Idleb provinces are to be included in the new ceasefire deal that was brokered by Ankara and Moscow.

The Head of the Political Office in Liwa al-Mu'tassem said that the deal followed intense talks between the two regional powers to impose a long-term ceasefire.

Turkey, which deployed 12 checkpoints in northern western Syria, has pushed rebel faction for more unity and restrictions due to the latest developments.

Last week, 11 rebel factions in Idleb merged into a new alliance under the name of the "National Front for Liberation," according to Anadolu Agency.

All of the groups have been operating in Idleb and the northern part of Hama under the Free Syrian Army.

With this new formation, the opposition group created one of the largest military groups in Syria fighting the Assad regime, bringing together nearly 30,000 people.

Syria has just begun to emerge from a devastating war that began in early 2011 when the Assad regime cracked down on pro-democracy protests with unexpected ferocity. UN officials say hundreds of thousands of people have been killed in the conflict.