Arrest warrants, ISIS attacks, investment opportunities and a potential amnesty. Catch up on the biggest event in Syria from the weekend 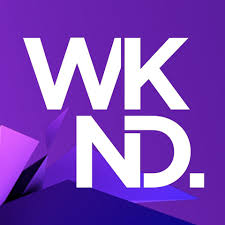 What Happened Over the Weekend

1. The German Federal Public Prosecutor issued an arrest warrant against Jamil Hassan who is the head of the Syrian Air Force Intelligence Directorate and a close adviser to President Assad, human rights defender Anwar al-Bunni said in a statement.  On Nov. 6, 2017, the European Center for Constitutional and Human Rights together with nine Syrians and the lawyers Anwar al-Bunni and Mazen Darwish filed a criminal complaint with the German Federal Public Prosecutor in Karlsruhe concerning crimes against humanity and war crimes in Syria. The submission addressed killings, persecution, torture and sexual violence committed by the Syrian Air Force Intelligence Directorate in Damascus since 2011. [The Syrian Observer]

2. The Islamic State (ISIS) seized key parts of a town on the Syrian-Iraqi border on Friday in a massive operation that further confirmed the threat that the militants pose as a ground force. ISIS used at least 10 suicide bombers in its offensive on Albu Kamal, which lies in the Euphrates Valley in eastern Syria, and swiftly took several neighborhoods, the Syrian Observatory for Human Rights said. The offensive is the latest in a string of ISIS attacks which confirm predictions that the group would continue to be a threat even after the collapse of its “caliphate” last year. [Zaman al-Wasl]

3. Prime Minister Imad Khamis has said that Syria is a fertile environment for investments, especially in light of the issuing of an advanced investment law that provides all necessary facilitations, including the simplification of procedures. He renewed the call on Russian companies to take part in the reconstruction phase and set up projects in the fields of infrastructure, building, industry and tourism. [SANA]

4. Russian President Vladimir Putin affirmed on Saturday that Moscow and Tehran successfully cooperated to settle the crisis in Syria and that there are tangible outcomes. “Our country successfully cooperated with Iran to settle the crisis in Syria,” said Putin, during a meeting with Iranian President Hassan Rouhani on the sidelines of the Shanghai Summit. [SANA]

5. Syrian Facebook pages were occupied over the weekend with two stories: the first was that Russian forces occupied the squares close to the Syrian Army command, the radio & TV building, and the central bank. The second story was that Bashar al-Assad would issue a presidential amnesty for all Syrian detainees and Syrians abroad, before the end of Ramadan. The amnesty includes evaders of compulsory and reserve service, the release of prisoners of conscience and armed individuals who have not been involved in killings, and ensuring the cessation of security prosecutions. The amnesty decree, according to the wave of Facebook posts, will allow Syrians abroad to return and ensure their safety. The news split the Syrian people. Some said the amnesty was the result of a US-Russian agreement that would impose a de facto solution in Syria, while others denied the news altogether and ruled out the possibility that the Syrian dictator would release the detainees or allow Syrian people abroad to return. [The Syrian Observer]