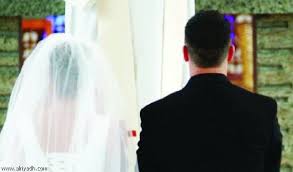 The draft law containing an amendment for punishments connected with marrying minors has sparked major controversy in parliament, with MPs saying that this legislation cannot be approved and that it must be amended. MP Fadia Deeb said that this article must not be approved, and to do so would bring shame on the parliament because it authorizes families to enter into informal sale and trade marriage contracts. She expressed her support for MP Ashwaq Abbas, who believes that amending the Personal Status Law is better, because it was issued 68 years ago and does not have an item setting the marriage age. She added: “Unfortunately we are still implementing it.”

Justice Minister Hisham al-Shaar said that recently the phenomenon of customary marriage, which are held outside the legitimate courts, has spread, in an effort to circumvent the law and evade implementing its provisions. He said that this phenomenon was harmful to society, given its dangerous results on a personal and social level with regard to the individual and the family, as well as the problems that result from it in the future — especially with regard to the minor — which required this law to be prepared.