Despite calls from the regime for refugees to return to Syria, conditions on the ground are far from perfect writes the National Coalition 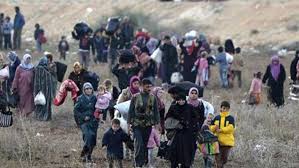 The Vice President of the National Coalition for Syrian Revolutionary and Opposition Forces, Badr Jamous, said that the return of refugees and displaced people was linked to a political transition and the providing of a safe and stable environment in Syria — and this has not materialized and still seems elusive.

Jamous said that the Assad regime and its security agencies were still continuing to arrest political activists and brutally torture them to death in its prisons.

He added that the regime and its forces have attacked rebel held areas and the the volume of rockets and shells dropped by aircraft, have turned them from safe areas to hell-like areas. He questioned the fate of refugees if they returned to regime areas.

He said that the return of refugees would need to be cautious and monitored by the United Nations in accordance with international laws and that the Geneva Conventions and International Resolution 2254 regarding a political solution in Syria cannot be violated.

Jamous stressed that there was an absence of any safe environment in Syria with the Assad regime and its intelligence and security agencies present, in addition to terrorist Iranian militias which have carried out the most heinous crimes against civilians for more than seven years.

The Coalition’s Vice President called on the United Nations, especially the countries that were friends of the Syrian people, not to accept any transfer of Syrian refugees in these situations, which he described as “worrying and unsafe.” He stressed the need for it to take full responsibility for the protection of civilians and refugees and to work in accordance with international agreements in this respect.