Many refugees have stressed that it is not safe to return to their homeland, with many fearing reprisals writes Asharq al-Awsat 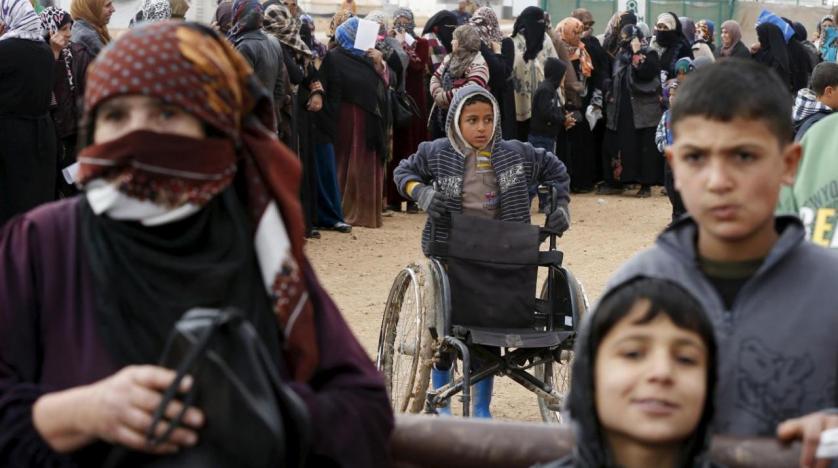 Syrian refugees expressed mixed feelings on Saturday with earlier remarks made by Russian ambassador to Turkey Alexander Lavrentiev over their return to their homeland.

He had announced a Russian initiative to guarantee the return of 1.7 million refugees to Syria and the Syrian regime’s willingness to grant entry to all those who wish to return home.

Saeed, 47, was uprooted from his neighborhood in Aleppo, northern Syria.

Speaking to Asharq Al-Awsat, he recounted his journey as a refugee which started with fleeing to Turkey in the onset of 2013. He escaped with his wife and family, forced by war to abandon their home and assets.

As unsettling as Lavrentiev’s statements were, Saeed said did not care much for them, deeming them as propaganda.

He said that the war is not over yet and Russia cannot play the role of a neutral and reliable guarantor for safe return, given that it is one of the regime’s greatest supporters.

“Russia is the biggest ally of the regime, how can it become a sponsor of the return of refugees?” he asked.

Saeed has opened up a small shop selling women's clothing and ready-made garments, located in the old market in the Zeytinburnu district of Istanbul, Turkey.

Explaining that longing for a return home is every Syrian refugee’s dream, he stressed that it is not safe yet.

He expressed concern over returning under current circumstances.

“Who among us does not want to return to his homeland? We all dream for that to be realized sooner rather than later,” he told Asharq Al-Awsat.

He went on to explain that the northern Syrian territory, such as Aleppo and Idlib, are likely to be established as centers for the reception of returning refugees. But also commented that border gates and infrastructure are beyond inoperable at the moment.

“The borders of this area are closed… Most roads are unpaved and cut off,” he said.

Saeed also explained how difficult it would be to reopen shops in Syria, saying local businesses thrive only when there is a supportive and healthy work environment.