While some Syrian refugees in Lebanon have made the return journey, many fear reprisals from the regime writes Zaman Al Wasl 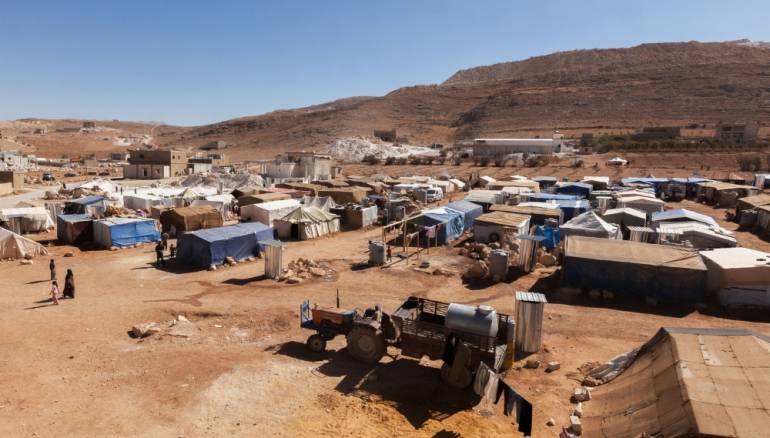 As hundreds of Syrian refugees seek a voluntarily return to Syria, the Lebanese General Security announced that it will create centers to register refugees after earlier outlining punitive measures for returnees who are in violation of residency requirements, including lifetime bans on many refugees returning to Lebanon, the Lebanese Daily Star reported.

In July, Hezbollah officially announced the opening of a multitude of centers across Lebanon to assist those willing to voluntarily return to Syria. The centers were announced by Hezbollah Secretary-General Hassan Nasrallah.

Hezbollah has provided guarantees that refugees will not be prosecuted and will receive immunity from the regime if they agree to return to Syria.

According to The Daily Star, the refugees can submit applications any day except Sundays at centers in Baalbeck, Hermel, Labweh, Bednayel, Furn al-Shubbek, Nabatieh, Sour, Bint Jbeil and Marjayoun. In order to return, Syrian refugees must submit documents for review by the Syrian regime.

On Monday, the Syrian regime said it would set up a coordination committee to repatriate millions of refugees who fled the country's seven-year conflict, the state-run news agency said.

A survey made by Zaman al-Wasl on a random sample of 210 refugees in the camps of Arsal, showed that 92% of the refugees had refused to return, while 8% had agreed to return to the towns that they described as safe in the western Qalamoun.

The appeal reflects the regime's growing confidence after more than seven years of war. Syrian regime forces, with crucial support from Russia and Iran,  re-captured the area around the capital Damascus, and has recently moved south to secure the provinces of Daraa and Quneitra. The regime refers to all armed opposition groups as terrorists.

Over 5.6 million Syrians have fled the country. The Foreign Ministry says many internally displaced people have already returned home and are urging refugees abroad to do same.

Syrian refugees in Lebanon have called on the UN refugee agency to protect them from the abuses of Lebanese security that uses the identity of UNHCR employees to trick refugees as part of its latest campaign of arrests.