The economic and energy crises in Lebanon are an opportunity for Assad to restore his regime's regional status, al-Araby al-Jadeed writes. 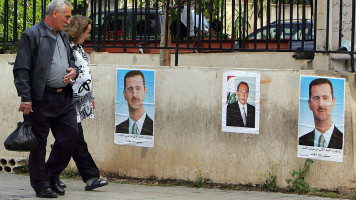 A September 8 meeting on Lebanon’s deepening economic crisis of the energy ministers of Egypt, Syria, and the host country, Jordan, as well as Lebanon itself, marked a clear diplomatic advance for Syrian President Bashar al-Assad and his government.

The four Arab ministers agreed to a plan that, if implemented, will send Egyptian gas and Jordanian-produced electricity to Lebanon via Syrian territory. Lebanese officials are currently working with the World Bank to secure financial backing for the scheme.

The plan would revive the “Arab Gas Pipeline” to initially flow Egyptian gas to Lebanon via Jordan and Syria, and, in a second phase, Jordan would also sell its excess electricity to Lebanon through an interconnection grid that also transits Syria. The plan would enable Damascus to gain much-needed revenue through transit fees.

“The plan will be a boon for Damascus as it will enable it to repair and upgrade both the gas pipeline as well its electricity grid, and it can only do that with the financial backing of the World Bank with Washington’s approval,” according to Osama al-Sharif, an Amman-based veteran journalist. “Syria will also exact fees for allowing gas and electricity to pass through its territory. In the short run, the fact that high-level contacts with Lebanon, Jordan, and Egypt are restored is by itself a major victory for the regime [in Damascus].”

U.S.-imposed sanctions on Damascus under the Caesar Syrian Protection Act of 2019, which targets the Syrian economy’s dominant sectors including energy, undermined previous Lebanese efforts to import natural gas from Egypt because it would have passed through Syrian territory and relied on Syrian infrastructure.

However, the Biden administration is reportedly backing the plan and will presumably provide Egypt, Jordan, and Lebanon with sanction waivers so that the plan can go forward. Such a decision raises questions about whether Washington may be open to gradual engagement with the Assad regime or whether this would be a one-time exception both to alleviate Beirut’s economic misery and, perhaps more important, to provide an alternative to ongoing shipments of oil from Iran for which Hezbollah is gaining political credit.

The Biden administration has not stated publicly that it supports the plan, but Washington’s ambassador to Lebanon, Dorothy Shea, has been “working” to facilitate the plan “to help solve Lebanon’s energy crisis,” according to the New York Times.

“The lack of fuel and power in Lebanon is now threatening the delivery of critical services, such as health care and water,” Richard T. Mathes, a State Department spokesperson, told Responsible Statecraft in an email message. “The U.S. government supports transparent and sustainable efforts to find solutions that will address Lebanon’s acute energy and fuel shortages consistent with our broader policy and priorities.”

Regarding the possibility of Washington providing Caesar Act waivers to Egypt, Jordan, and Lebanon, Mathes said, “The U.S. government generally does not comment on the existence of possible or pending sanctions action.”

A boost to Assad’s regime

Implementation of the proposed project would help Damascus reintegrate into the Arab diplomatic fold and gain greater leverage vis-à-vis global powers. It is easy to understand why officials in Damascus quickly expressed their willingness to facilitate the plan’s realization.  Once Egyptian gas and Jordanian electricity begin flowing to Lebanon via Syria, more stakeholders will share an interest in Syria’s stabilization under Assad.

That said, there are security-related hurdles that must be overcome if the project has a chance of succeeding. The Islamic State’s September 18 attack against the Deir Ali power station (which feeds into half of Syria’s power plants) in the Haran al-Awamid area, highlighted the country’s continuing instability. Other critical parts of Syrian energy infrastructure also remain vulnerable to attack by IS and other armed groups.

Ultimately, if the Biden administration issues waivers to Egypt, Jordan, and Lebanon, it would likely signal its realization that the Lebanese and Syrian economies are so closely linked that Caesar Act sanctions have been at least partly responsible for Lebanon’s current economic misery.

Syria, of course, remains Lebanon’s only trading partner with which it shares a land border, so if Washington wants to help Lebanon overcome its crippling energy deficit, Biden’s team will be forced to take steps that, at least indirectly, will likely bolster the Assad regime. It seems that the White House has, however reluctantly, accepted this as a price worth paying.

Read Also: The Telephone Call That Paves the Way to Rescue Assad

“If Washington continues imposing or threatening to impose sanctions on foreign governments, companies, and individuals that do business with Syria, Damascus will inevitably move even closer to Tehran”

Most of Washington’s Middle Eastern allies at this point oppose the application of the Caesar Act. “Numerous Arab states have been agitating for a relaxation of the sanctions regime imposed on Syria,” explained Dr. Joshua Landis, a Syria expert at the University of Oklahoma.

Among Gulf Cooperation Council members, the United Arab Emirates has taken the lead in lobbying against the sanctions and for renormalization of Syria’s relations with the region. The governments of Egypt, Jordan, and Iraq also see Assad as a legitimate head of state and support Abu Dhabi’s efforts to help bring Damascus back into the Arab League a decade after its expulsion.

Their argument is that, if Washington continues imposing or threatening to impose sanctions on foreign governments, companies, and individuals that do business with Syria, Damascus will inevitably move even closer to Tehran. Abu Dhabi and other Arab capitals believe that Syria’s return to the Arab fold will reduce Iran’s influence in Damascus. Implementation of the proposed project, in their view, would be a big step toward that goal.

The Israel factor is also probably highly relevant to the Biden team’s calculations. Because Israeli natural gas will probably end up going to Lebanon via Egypt and Jordan, the plan is probably an easier sell in Washington. “The fact that Israeli gas is likely to be exported through the pipeline is also a consideration in Washington,” according to Landis. “It is a way to bring the pro-Israel interests in Washington on board, an important factor in weighing the politics of this effort.”

By approving the project, Washington would indicate its acceptance of its sponsors’ hopes of distancing Syria from the Islamic Republic. “The Biden administration has been moderating its positions on Syria, ever so slightly,” Landis said. “The first was scuttling the Trump era deal for exploiting Syria’s oil with Delta Crescent Energy LLC.”

Other Syria experts agree. “For now, the Biden administration seems to have opted for a careful balance of ambiguity and a leisurely pace of change that started by granting a higher degree of freedom of decision making for some of its Arab partners which have been for years expressing eagerness to expand their currently limited cooperation with Damascus,” Camille Otrakji, a Damascus-born, Montreal-based Syria specialist, told Responsible Statecraft.

“Washington sent a number of indirect or quiet signals,” he added in an email message. “They include a presumed green light to regain control of Daraa, which is vital to securing trade routes with Syria’s southern Arab neighbors; an apparent blessing for Egypt, Jordan, and Lebanon to start cooperating with Syrian officials in order to provide Lebanon with electricity and gas through Syria; and a number of statements by President Biden and Secretary of State Antony Blinken affirming their decision to ease the suffering for all Syrians, including those living under government control.”