Russia is considering handing control of the conflict in Hama over to Maher al-Assad, following a string of failures in the region, although his close ties to Iran are of concern writes Baladi News. 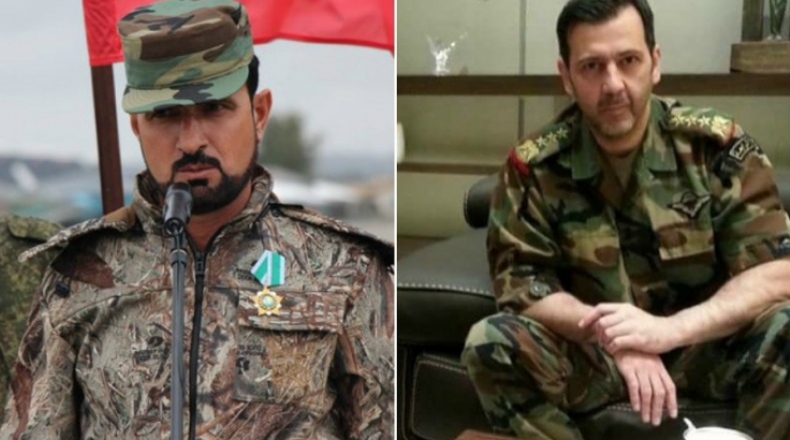 Media sources have said that the Russian command is extremely angry over the failure of the “Tiger” militia—led by the regime’s Brigadier General Suhail al-Hassan—to achieve any advance on the Hama front against Syrian rebel groups over a month of fighting.

The sources told the Russian newspaper Zagliad that the Hemeimeem base was considering handing command to Maher al-Assad, the regime head’s brother and commander of the 4th Division, but it feared his loyalty to Iran.

The 4th Division is considered to be one of the most pro-Iran military units, and receives financial and military support from the Iranian Revolutionary Guard, and participated with it in a number of battles in the Damascus countryside, Daraa, Quneitra and Homs countryside.

The newspaper said that the Russian Hemeimeem airbase is not able to carry out full military operations because of a general lack of fighters and a lack of sufficient Russian forces specifically. It noted that for this reason, the Russians had assigned the 5th Corps and Tiger forces the main tasks, according to what the Nawras Center translated.

It added that “the Tiger“ had failed in the recent battles despite full Russia air support as well as support from Russian special forces, proving to the Russians that he did not have military expertise, and that his expertise was limited to commanding a unit, brigade or company, and that he could not command larger military units and teams.

A few days ago, Maher al-Assad visited a number of parts of the Hama countryside in a visit described as “reconnaissance,” with regime media publishing news of it before he carried it out.

Jamil al-Hassan, the head of the Air Force Intelligence Directorate in the Assad regime, also arrived to the al-Ghab Plain with the aim of raising the morale of officers and fighters in the Assad militias after the losses they recently endured.

Images circulated by loyalist pages on social media showed Major General Jamil al-Hassan—of one of the most important regime security arms—meeting with regime officers, including Brigadier General Saleh al-Abdullah and Bassem Mohamed, commander of the al-Ghab sector in the regime militias. It is believed that the meeting took place in the city of al-Suqaylaybiyah, which the regime has turned into a military sector for its militias.

Regarding the visit of high-ranking regime officers to the battle areas in Hama province, the defected officer, Lieutenant Yasser al-Jassim, said that, “the sole aim of this type of visit is to raise the morale and fighting spirit of commanders and regime militia fighters, who have been retreating following the opposition’s recent attacks—especially in Tel Malah and al-Jabin.”

Jassim added that, “It seems that Russian forces are intent on mobilizing all regime fighters and commanders, even if they assign it to high-ranking officers to achieve their aspirations on the ground.”

He said that Bashar al-Assad, and his security and military arms aimed to save face in front of the Russians, who are frustrated with regime forces, who have been unable over more than two weeks to regain control over the villages of Tel Malah and al-Jabin.

Suhail al-Hassan, the most prominent Moscow-backed regime commander, has also appeared on the northern Hama countryside fronts, encouraging some of his militia’s commanders to enter the battle in northern Hama’s battles—especially Abou Asa’ad al-Kowsa, who ended up being wounded after his car was hit by a land mine around Kafr Nabouda.

Statistics show that more than 700 regime militia fighters have been killed in the recent Hama countryside fighting at the hands of opposition fighters, with the regime trying to retake the strategic villages of Tel Malah and al-Jabin west of Hama.

The losses clearly indicate the embarrassing situation for Russia and regime militias on one hand and the opposition forces being able to absorb a fierce attack by the regime and the Hemeimeem militias in the Hama countryside on the other.