As part of their media war, the regime has been highlighting a selection of prominent officers in its army writes Enab Baladi. 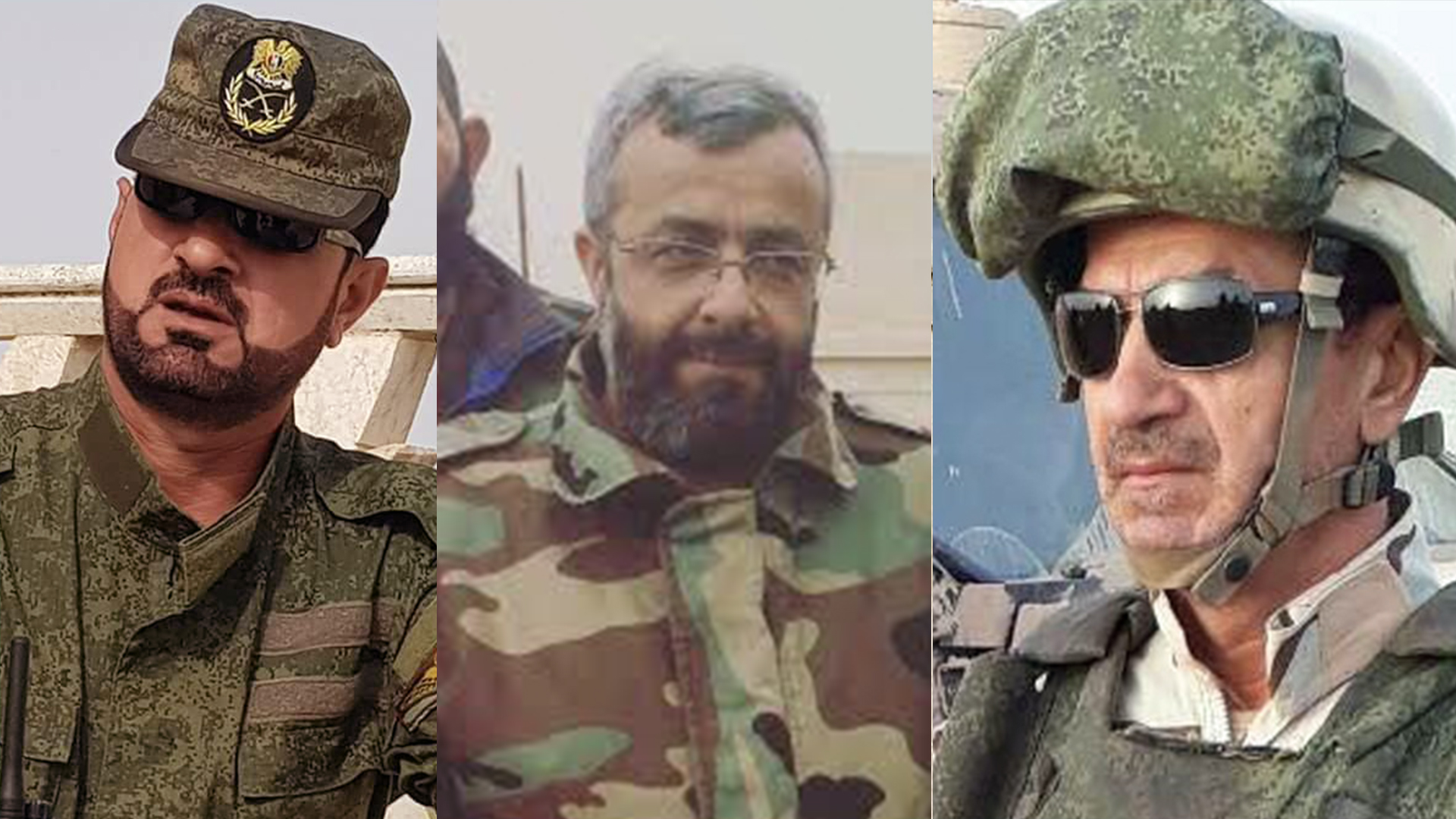 The Syrian regime has followed a particular military policy in the operations it has carried out on the ground in various provinces, putting forward military commanders and making them prominent names who can resolve any military equation to their benefit — unlike the opposing side, whether the Islamic State (ISIS) or opposition groups.

This policy was not followed during the first years of the conflict in Syria, but rather started after Assad’s forces lost broad territories under its influence, especially in Damascus and Aleppo and their eastern, western and southern countrysides.

The following policy is part of the “media war” through which the regime has achieved major gains, most recently in Daraa province, and which is currently underway in Idleb.

Suhail al-Hassan, nicknamed “The Tiger,” is known for his “scorched earth” policy. The regime has moved him throughout various areas in Syria, starting with the city of Muruk in the Hama countryside and then the city of Palmyra in the eastern Homs countryside, and then after that to Aleppo, eastern Ghouta and eastern Qalamoun, as well as Daraa and Quneitra provinces.

Hassan heads a military group known as the Tiger Groups (Majmooat al-Nimr), whose fighters are from a variety of regions, most prominently Homs, Tartrous, Latakia and Hama.

There has been talk in recent months about Russia giving broad military powers to Hassan based on the major areas that he has recaptured from ISIS in the eastern regions.

In August 2017, the Russian Defense Ministry honored him with the ‘Order of Friendship’, attributing this to his fighting against ISIS in the northern Homs countryside and after that Hassan appeared with Russian officers during an inspection visit to Taybat al-Imam.

Hassan’s most prominent position was at the end of last year when he met with Russian President Vladimir Putin and Assad at the Hemeimeem military base.

According to observers, “The Tiger” has become one of the most prominent military figures in Syria, taking on the most difficult tasks. Russia has recently backed him as a type of “alternative leadership” in Syria in the future.

Colonel Ghiath Dalla was one of the military commanders to participate in the battles for eastern and western Ghouta, which led Assad supporters to nickname him the “Lion of the Ghoutas.”

The most recent battles in which he participated were in the Daraa and Quneitra provinces. The regime promoted his forces in the area weeks before the start of the operation to seize the Yarmouk basin, which was previously under the control of ISIS.

There has been talk of Dalla now being in northern Syria after his forces reached the northern Latakia countryside and the western Idleb countryside to start military operations in the coming days.

Dalla heads the so-called “Ghiath Forces” which includes officers from the 42nd Armored of the Fourth Division, as well as the Haydar al-Amali Brigade of the Arab National Guard and the Lebanese Baath Party under the command of Majid Mansour.

Major General Mohamad Khadour is one of the most prominent military commanders in Assad’s forces. He had a major role in breaking the siege on the Deir ez-Zor airbase and the Republican Guard 137 Brigade.

He was a commander in the battles to take control of the Kobajjep road and open the Damascus-Deir ez-Zor road.

According to information published by loyalist networks, Khadour was an officer in the Republican Guard and was accused by Assad loyalists of “treachery and theft” after taking over the Presidency of the Security Council in Aleppo in November 2012, and being a “major reason” for the losses the regime suffered at the time.

Regime loyalists say that Khadour was “good at withdrawing,” citing stories of him pulling out of areas in Khan Tuman and Khan al-Asal, as well as retreating from areas on the al-Lermon axis in Aleppo during the battles last year.