Wiam and Ossama had never met until a few hours before the screening of "Silvered Water, Syria Self-Portrait" 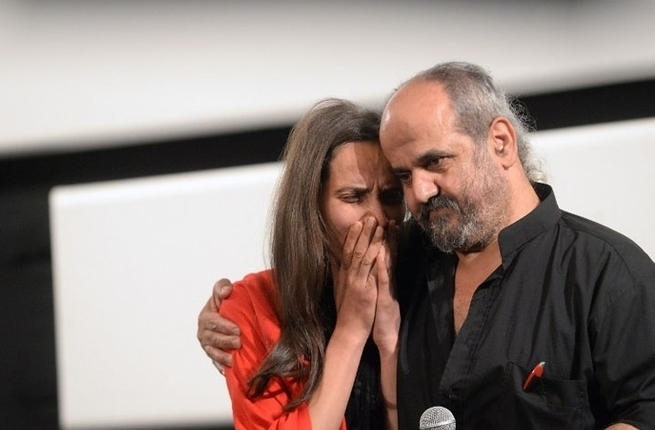 Leaning into the arms of the documenary director Ossama Mohammed, Wiam Simav Bedirxan shook with emotion as the audience attending the Cannes Film Festival honored her efforts with a standing ovation.

Arriving directly from Homs for the festival, Wiam wore a long black dress and red shawl as the footage she took of the Syrian conflict was screened on Friday, according to the Associated Press.

Daily clips sent by email from Syria to the film's director in Paris were compiled together into an emotional story that shed light on the tragedies facing the nation at war.

While Wiam and Ossama had never met until a few hours before the screening of "Silvered Water, Syria Self-Portrait", their heart-rendering journey had begun long before. He had escaped Syria and found a guilt-filled exile in Paris, while she held up with her family in Homs, a video camera regularly at her side.

Each day she would go out to film the protests and send what she had captured to Ossama, who would then find personal meaning and purpose in retelling her video stories through the documentary that then made its way into Cannes this past week.