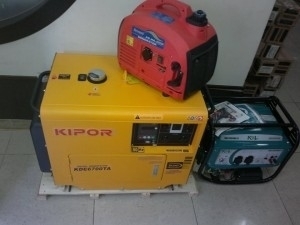 Hanan, 30, is a mother-of-four who lives in the Damascus suburb of Jaramana. Like her neighbors, the chronic power outages only exacerbate Hanan’s already difficult living conditions.

“A household that does not have any working person to provide for it would live in darkness,” Hanan said, adding that even a family with one of its members in employment is not well off either, and “nearly has to beg”.

“How will they afford to fill up gas lamps every day?” she wondered.

Power outages, lasting for days on end in some provinces, have added to the suffering of Syrian people living in the dire circumstances of war, inflation and displacement.

Electricity cuts have also led to water shortage in several areas, including densely-populated Jaramana. The government provides water for Jaramana residents only once every two days, which means that they need to store it in ground-level tanks and pump it to their apartments whenever they need it. But this cannot be done in the absence of electricity.

Abu Elias, a 44-year-old grocer, complained that he and his neighbors have to buy water from mobile tankers at high prices.

“The water problem increased with the power outage because water pumps stopped working, too,” he said.

Syrians have tried to find alternatives to government-supplied electricity, such as generators or chargers for large batteries, which they have to buy at prices they cannot easily afford.

According to retailers, the price of a 60-ampere battery charger starts at around 60 US dollars and can reach several hundred dollars, while a generator that could power an average apartment costs between 115 and 285 dollars.

Even the price of the candles used by poorer people has risen.

People living in the neighborhood have found innovative solutions. For example, if two households are subject to different power rationing schedules, they share power lines to ensure they both have electricity for longer periods of time. They then split the bill.

Others have found an effective way to reduce their electricity bills.

Abu Wael, 52, an inspector from the public electricity company, charges customers the equivalent of three dollars every two months in exchange for resetting their meters, cutting their bills down to around 1.5 dollars.

“I am the only one who works in the family and my salary is barely enough to even pay the rent,” he said. “When my son cries for milk, I cannot explain to him about price hikes… I just have to buy him milk.”

The Syrian government justifies blackouts as a result of either ongoing fighting or an inability to secure sufficient fuel to run thermal power plants. Through its official website, the ministry of electricity also urges citizens to resort to “rational energy use”.

Many people appear unconvinced that the government is doing its best to provide electricity.

In the absence of reliable information, some have come up with their own explanations for the power shortages.

Qais, 38, is a low-ranking employee at the electricity company. He believes that even if the government could justify its inability to bridge the gap between need and production capacity, it cannot explain favoring specific areas with more power at the expense of others.

“Decisions about power rationing are taken at the ministerial rather than at the provincial level, because there’s a central supply of electricity,” he said.

Bashar, a 43-year-old government employee, said that he discovered the lack of integrity at the ministry of electricity following the airing of a political talk show on the pro-government Dunia private TV channel.

“In one of her episodes, [the host] Hana Saleh thanked the electricity minister Imad Khamees for agreeing to the channel’s request not to cut off electricity in all Syrian territories for two hours, especially in villages, saying that all Syrians need to watch the episode,” Bashar said.

“Power was not interrupted during the entire broadcast. If the ministry was able to provide electricity during those two hours, it means it could supply electricity for 24 hours a day,” he added.

Issa, 29, the owner of a bookstore in Bab Touma, in the Old City of Damascus, believes that the current power outage is intentional, and the goal behind it is to prepare people for the privatization of the sector, which would serve the business interests of influential people.

“Can we count the deals that were made to import generators into Syria? How many benefitted from these deals and who are they?” he asked.

Damascus Bureau was unable to verify any of these claims.