Most of the Syrian refugees in Egypt live in slums 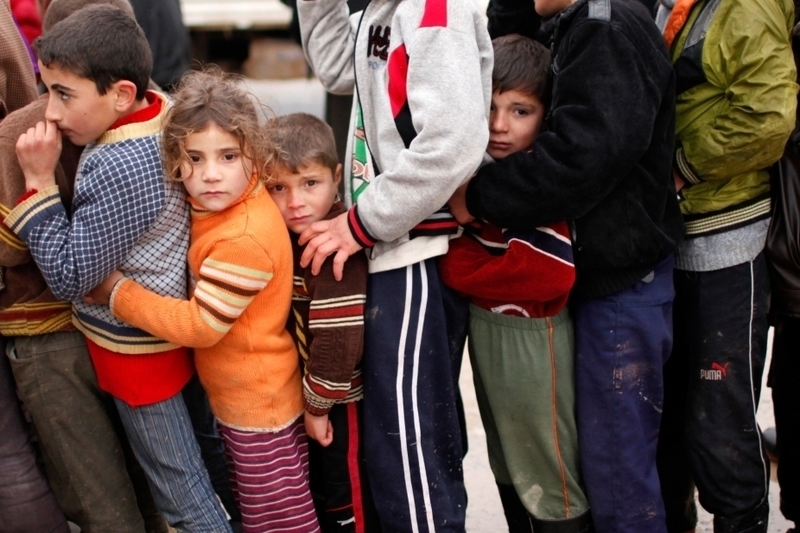 Large numbers of refugees continue to flow from Syria’s borders – they have little regard for how they live, so long as they manage to live. Those involved in Syria’s humanitarian effort are competent at counting victims both inside and outside the country, but have failed to implement an effective strategy for coping with the region’s ballooning refugee crisis.

Official United Nations reports claim the Syrian refugee crisis is the worst seen since the Rwandan genocide, while the UNHCR laments the international community’s failure to respond adequately. In spite of legitimate attempts on behalf of the UNHCR to assist refugees affected by the crisis, allegations have surfaced implicating a number of its officials in an extortion scandal.

As of March, UN estimates suspect the number of Syrian refugees in Egypt sits somewhere between 300,000 to 400,000 people. Of those, approximately 134,000 refugees have registered with the UNHCR – mostly in Cairo, Alexandria and Damietta, where up to 90% of Egypt’s Syrian refugees are believed to reside. Due to a rise in rental prices since the influx, living conditions have consequently deteriorated, forcing many refugees to share accommodation between families. Of the families who receive aid, members live on as little as 200 EGP per person ($27 USD) – barely enough to supply adequate food – while most of Egypt’s refugee population is not in receipt of formal aid at all.

Logically, Syrian refugees faced with these conditions are forced to consider migration – usually to European states with suitable refugee programs. Yet, due to the criminalization of migration, the pursuit of a better life is exchanged with heavy prison sentences for those caught leaving Egypt unlawfully.

In the months between August 2013, and January 2014, approximately 1,500 Syrian and Palestinian refugees were detained for attempting to leave Egypt illegally. Sentences ranged from two days to four months – after which, detainees were pressured to accept deportation to Lebanon, and in some cases, back to Syria in order to guarantee their release. According to Egyptian lawyer Ayman Abdul Haq, illegal migration needs to be considered a violation requiring a fine rather than a prison sentence.

“After the MIG aircraft targeted the camp, I ran away with my family like many others did. I lived in a small house with four other families in Qudsaia neighborhood for some time but then we decided to travel to Egypt,” Taha said.

“We reached Egypt and stayed in Alshorouq city – near Cairo – for six months, but the cost of living there forced us to think about escaping to Europe. We were supposed to leave on September 21 so at night a smuggler took us to a farm and told us to wait there. A few minutes later we found ourselves in the middle of an ambush, we were caught and taken to the prison of Idko in Albahera city.”

“We called on the national organizations and the Palestinian embassy to support us, so they pitched us a large tent inside the prison where we stayed for two months and 20 days. We were about 130 women and children, whose only crime was trying to leave the country illegally”.

Perceived as constituting a “threat to national security”, Syrian and Palestinian refugees are often faced with inhumane conditions inside Egypt’s notorious Idku and Al Montazah prisons. Although concerns for refugee welfare have been voiced by humanitarian organizations like the Egyptian Initiative for Personal Rights (EIPR) and the Turkish-based Association for Solidarity with Refugees, support from the UNHCR has proved to be completely lacking. Accounts suggest employees of the organization were sent to Idku and Al Montazah in order to pressure asylum seekers to leave Egypt – or face indefinite prison sentences. Allegations indicate UNHCR officials extorted detainees in order to profit from embassy-issued visas, which were then sold to refugees before deportation.

Visas are sold for thousands of dollars to wealthy refugees, while others without available means to pay are being ignored, according to lawyers Mohammad Saeed and Ahmed Nasser. Attempts at garnering wider solidarity through local and international media were thwarted after a failed hunger strike, finally ending in the consensual deportation of a number of its participants.

In October of last year, Sweden’s Minister for Migration and Asylum Policy, Tobias Billström, announced his government aimed to increase their refugee quota by an additional 200 spaces – specifically to target Syrian refugees enduring such circumstances inside Egypt. Following the announcement, UNHCR officials are said to have arrived at Idku prison in an attempt to convince detained refugees of the falsity of Billström’s remarks – claiming its was an orchestrated media stunt. The refugees were then encouraged to continue accepting deportation, or face relocation to a centralized facility and indefinite incarceration.

On December 9, 2013, approximately 35 refugees who remained inside the prison, despite efforts to deport them, were finally released from custody and approved for three-month residency.