With its monopoly over the country’s economy and wealth, the regime marginalized young Syrians by refusing them suitable and secure employment opportunities, largely motivating their involvement in the initial demonstrations of 2011 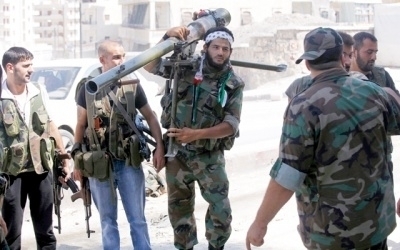 Since the outbreak of the Syrian revolution, the Assad regime dealt with protesters, claiming their rights prescribed under international law, with a brutality and barbarity rarely seen in modern history. The regime’s focus fell on targeting the active forces inside the revolution, namely the youth, who held significant importance in Syrian social movements, as seen in the peaceful anti-regime rallies in all Syrian provinces.

A study published by UNCHR in June 2013 indicated that killings continue at high rates, recording around 5,000 documented cases monthly, with a total of more than 27,000 new cases since December 1. According to the study, these numbers are conservative estimates of the number of victims – actual figures are probably much larger.

According to human rights committees, activists and civil documentation centers within Syria, the number of those killed by the regime’s military machine (at the hands of its militia or in security branches and prisons) are not included in the UNCHR report. The United Nations High Commissioner for Human Rights, Navi Pillay, said in a statement that "the real number of victims far exceeds their recorded numbers".

The role of youth in the Syrian revolution:

Youth ambitions and goals vary among communities according to age, culture and environment; but there is no doubt that economic factors play a key role in guiding, motivating or undermining these aspirations. Those between the ages of 19 to 35 are the society’s backbone in the eyes of the country – often seen as the energy that drives the family, and therefore the community.

With its monopoly over the country’s economy and wealth, the regime marginalized young Syrians by refusing them suitable and secure employment opportunities through a lack of social-development projects. This was an essential contributing factor to the discontent of young people towards the Assad regime, largely motivating their involvement in the initial demonstrations of 2011.

Regime killings escalated, claiming tens of thousands of young lives, in blatant violation of every moral and humanitarian law. Regime logic dictated that targeting young people could weaken the revolution, and possibly dismantle it, as it was the youth-led Coordination Committees who mobilized the revolution in all provinces, challenging the country’s establishment. The young are those who continue to prepare the banners, call for peaceful demonstrations and maintain a key role in exposing the regime’s crimes through social media channels. It was in fact these very actions which intensified the regime’s targeting of them. This group of Syrian society dealt a heavy blow to the regime's intelligence forces, who witnessed their 40 years of oppression broken by the youth without fear and hesitation – facing the gun and the tank with a slogan and a chant for freedom.

The systematic and random arrests, which continue to affect thousands of young people, play an instrumental role in their exclusion from the peaceful revolutionary movement. It polarized activists of the Syrian revolution, diverting the struggle to an armed movement. Such a result was exactly the reaction the regime sought since the revolution’s outbreak, to brutally crush it under the pretext of fighting terrorists and saboteurs. The Syrian opposition’s armed resistance emerged as self-defense in response to the regime's heinous crimes against the Syrian people.

Most young men arrested by Assad’s forces are executed in security branches and prisons, as the regime fears their influence upon release. A significant number of cases sees detainees die under torture or are left permanently disabled for this very reason.

The Syrian Human Rights Network confirmed in a report issued in December 2014 that the number of documented detainees reached over 20,000 prisoners.

Such a climate of fear and intolerance has led to the mass-migration of young Syrians from their country, who flee the horrors of murder, war and recruitment, in search for new hope far from their homeland.

The United Nations estimates the reconstruction of Syria will cost more than $200 billion. The disproportionate number of young men, as a result of the regime's barbarism, will lead to a slow reconstruction process, with a substantial change in the structure of society, such as high rates of spinsterhood and polygamy. Syrian society, without men, is a society of widows and orphans.