When the engine stopped, Yusra, Sarah and another woman took it over for three and half hours to swim the boat to the shore 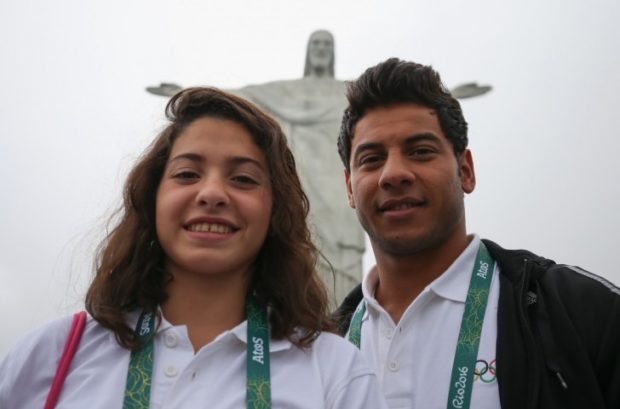 While Yusra Madrini was taking swimming lessons in Damascus, she didn’t know that it would one day save her life while trying to cross the Aegean Sea.

In August 2015, Mardini left her war-torn country Syria for Lebanon, after their house was destroyed in Damascus. From there she went on to Izmir in Turkey.

Yusra’s first attempt to cross the sea failed after they were arrested by the coast guards. Yusra and her sister, Sarah, were with 18 other refugees on a boat fit for eight persons.

When the engine stopped, Yusra, Sarah and another woman took it over for three and half hours to swim the boat to the shore.

Yusra, 18 years old, told the Official Olympic Committee Website said that everyone on the boat prayed for surviving. She explained that she can speak of it easily now, but back then it was really difficult.

“I thought it would be a real shame if I drowned in the sea because I am a swimmer,” said Mardini.

Yusra faced many problems until she reached Berlin in September 2015.

After four weeks of training, Mardini’s coach, Sven Spannerkrebs, began making plans for the Tokyo Olympics in 2020 – but in March of this year the International Olympic Committee (IOC) announced there would be a team of refugees at this summer’s Games in Rio to send “a message of hope for all the refugees in our world.”

After the war started in 2011, Anis and his family travelled to Turkey to join his brother Iyad who was studying the Turkish language.

Rami started training with Galatasaray but couldn’t compete because he didn’t have Turkish nationality.

He told the Official Olympic Committee Website that it was like studying and preparing hard for an exam but not taking the test.

Then Anis and his brother decided to follow the steps of their father and head to Belgium. They were on a boat and before reaching the shore, the boat was destroyed and they had to swim for an hour and half.

Anis describes the journey to Belgium as the hardest where they had to rely only on fruits and water.

His Belgian trainer said that Anis is different than other swimmers because he has a different mentality. She said in Belgium they say 'we will try,' whereas Anis says 'I will do it.'

When Anis told his trainer he wanted to join the Olympics team, she informed him that it will be tough and the training will be tiring.

Anis and Yusra will be part of the Refugee Team at the Olympics in Rio along with other eight players.