Decline attributed to the difficulty exporting textile products, especially cotton thread, to foreign markets because of the blockade and the economic sanctions 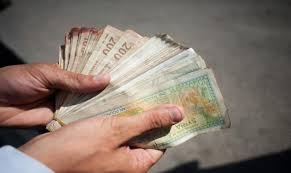 The General Organization for Textile Industry attributed the decrease in the rates of meeting its companies’ production plans to the increase in the cost of production on one hand and to the lack of labor because of the prevailing security conditions in the companies’ places of work, as well as the repeated and continuing cuts to electricity, a lack of stability, the difficulty securing supplies for production and spare parts, the rise in prices resulting from the increase in the exchange rate, the companies’ weak liquidity, and foreign constraints imposed on export processes. [

This was stated in a memorandum released by the government organization, which officially requested that all public companies and institutions in the industrial sector present a note explaining their working situation and the problems and difficulties impeding them, alongside the strengths of the institution or company, to be presented to the economic council to find effective solutions to overcome these problems.

The organization attributed its decline to the difficulty exporting textile products, especially cotton thread, to foreign markets because of the blockade and the economic sanctions which our country’s economy faces, in addition to the hardship faced by their companies — which advertised their need to hire workers — from the lack of required number of applications because of the current situation and the low wages and compensation.

The organization said in the proposed solutions that it submitted to the government that the electricity rationing process could be done differently, in coordination with their companies, given the importance of the issue, the direct implications for its work, and the extent of the losses they incur as a result of repeated electricity cuts.

It also stressed the importance of follow-up to measures relating to the proposals of some companies, the importance of putting them into effect to achieve the desired end, and the importance of efforts to establish a integrated textile manufacturing complex after the situation improves in the Damascus countryside by taking advantage of the land, buildings and infrastructure for the companies there, starting with the stage of cotton ginning up to the manufacturing of ready-made clothes, along with the possibility of benefiting from a participatory law to implement this large project with the knowledge that Aleppo companies have been instructed of the need to begin preparing economic feasibility studies for this project and securing necessary financing for carrying out the industrial maps project associated with the textile organization.

The organization said that it had capabilities and strengths that should be exploited, focusing on the provision of the primary material, cotton, in addition to the geographic distribution of its companies and their proximity to the consumer markets and the export terminals, as well as the presence of large productive energies, most importantly providing labor and technical expertise. The organization did not play down the difficulties associated with the rise in the production costs because of the obsolescence of manufacturing machinery at some of the companies, causing weakness in downstream processing. Yet it is most important to persevere in the provision of supplies to local textile product markets, and especially to low-income earners, at reasonable prices.