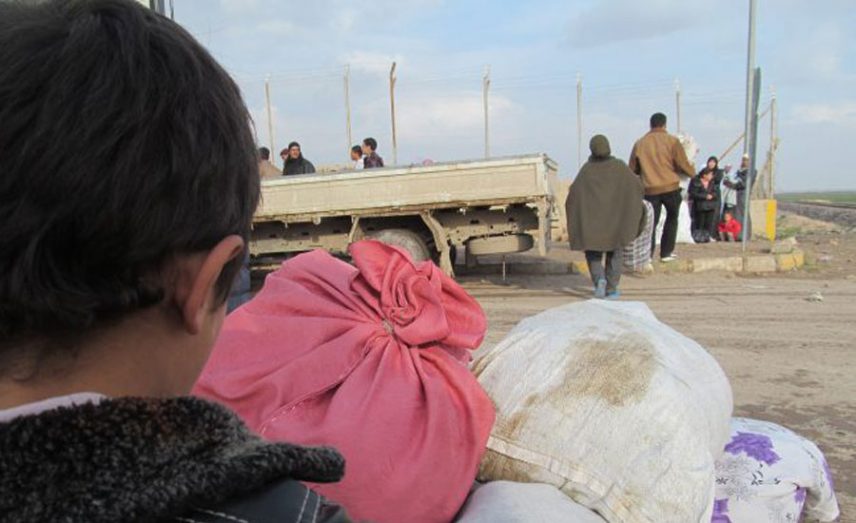 For years, circumstances have scattered the people of Aleppo among other Syrian cities and displaced them to neighboring countries and Europe. However the biggest portion of them have headed toward the coastal provinces of Tartous and Lattakia and the surrounding villages. These days they face the decision either to return to what remains of their city or remain on the coast.

Unofficial estimates discussed by journalists and activists close to the regime indicate that in Lattakia province alone there are about 800,000 people displaced from Aleppo, with tens of thousands in Tartous — exceeding a million people in both provinces.

These displaced people are divided into three classes. The first is the class of investors, factory owners and capital owners who have resumed their work on the coast including in small and medium sized projects. The second class includes regular people who have moved to live and work there, while there are displaced people who have mostly concentrated in the Lattakia Sports City Stadium and the camps set up for them in Tartous.

Large and medium-sized factories have moved from Aleppo to Lattakia in two ways: First through direct theft by regime loyalist militants, in accordance with what has become known as “tafeesh” (looting), as militias have broken up a number of factories and transported them to Lattakia. Aleppan industrialists, with help from the regime, have also moved their factories voluntarily to the Syrian coast.

Obsession with returning to the city’s ruins

Among the group Sada al-Sham met with, most of them said they intended to return to Aleppo, whatever the circumstances, the volume of destruction or the economic disasters which the city suffers from.

Faisal wants to return even if his factory or his house is destroyed completely. He says: “The volume of damage in Aleppo city isn’t as important as that we, its sons, do not leave it to be inhabited by strangers, or that it remains closed off at least.” The man, in his 40s, continued: “In all events, we have to confront the volume of damage resulting from the war, so confronting it now is better than some other time.”

Faisal was displaced with his wife and small son to the city of Lattakia at the start of 2013 and began to work there in a company specializing in computer engineering, when his house in the Al-Maysar district in eastern Aleppo was destroyed completely because of bombing carried out by Russian aircraft at the time.

Mayada, an Aleppan woman who was working at a French language school and was displaced to the Tartous countryside, shares the opinion. She says: “If we do not go back to our city, it will inevitably go to the Russians and Iranians, or our homes will at least be taken over by Syrian militants loyal to the regime.”

She adds: “It’s true that we were displaced to the Syrian coast, but that does not mean that they will control our homes forever. The only solution to avoid that is returning and sitting in our homes even if they are nothing more than rubble.”

We are not supporters

“All Syrians accuse us of being regime loyalists when we came to the coast,” said Bilal, a young Aleppan man who fled to the city of Jabala. “We are not like that,” he added. Bilal said: “When the bombs came down on us, we could not find a safe place to take refuge inside Aleppo. The eastern districts of the city were under regime fire, and our situation in the western districts of Aleppo was extremely bad. They put us in Aleppo’s university city and food and aid starting coming to us from aid agencies after we had our own factories and stores.”

He added: “I decided with my brother and the rest of my family to head to the Syrian coast. We will resume our work there until calm returns to our city.” He said that “The time has now come for the people to return to their homes, build their city, and prevent the demographic change there because they are the only ones able to do that.”

He said that the people of Aleppo on the coast were subjected to a great deal of exploitation in terms of finances, work, and fees, in addition to large amounts that they paid as rent for their homes. He said: “We paid rent for our houses and stores above their real prices.”