Souriatna explains why Syria's economy has failed to deliver on any of its major sectors — oil, industry and agriculture — during the whole of 2016, resulting in unprecedented inflation and the erosion of employment 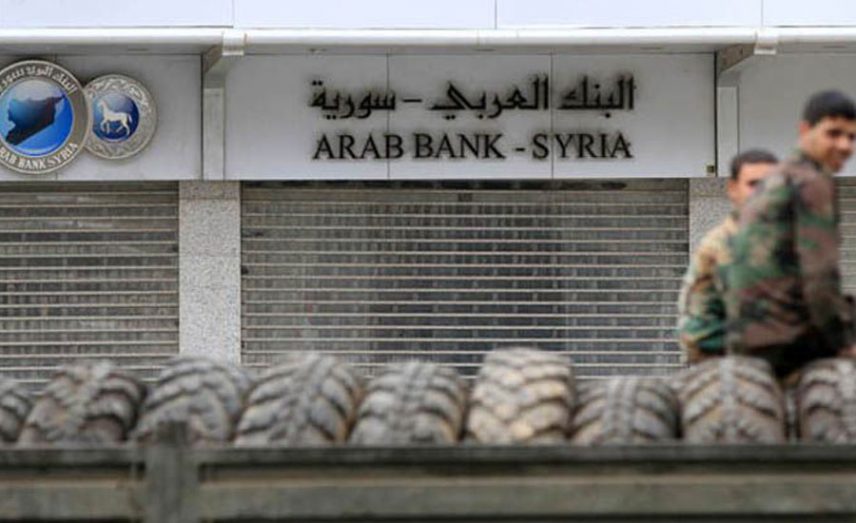 Syrian economic losses over 2016 were manifested in three ways — oil, manufacturing and agriculture. These losses came as a decisive result of the political blundering which the regime lived through in 2016.

On oil: The regime has been facing a painful blow since the most important oil fields were taken over in mid-2014 by the Islamic State group. These losses have deprived it of one of its most important revenue sources, which had been providing about two billion dollars a year, and turned it into an importer of oil and its derivatives in 2016, after its share reached about 9,650 barrels per day out of an original of more than 370,000 per day.

Regime media said that it was in need of oil derivatives of more than 300 million dollars a month over 2016.

On manufacturing: The regime government’s Industry Ministry said: Compared to last year, industry declined to less than 10 billion Syrian pounds, compared with more than 33 billion in the previous year. The industrial sector was hurt by more than 10 billion dollars, at a rate of 70 percent, while regime economist believe that returning to production will be costly, and that the government does not have the power to bear such expenses, and so 2016 was the worst year for industry in Syria.

On agriculture: Regime media said at the beginning of 2016: The government needs a million and a half tons of flour per year, but it has failed to obtain more than 500,000 tons of wheat, and estimates the farmers’ crop at 3.5 million tons, and for that reason the regime faced its worst year ever regarding flour.

The economy in Syria over 2016 suffered from unprecedented inflation manifested in the high rises in the general level of prices and the collapse of the value of the local currency, as well as the erosion of most of the government’s financial and monetary resources.

Syria endured unprecedented financial inflation which plagued most economic and social fields, and the previous budget, which economic experts described as irresponsible, left a clear deficit, which made the means and policies followed by the regime unable to be funded with the increasing negative economic and social impact on citizens first, and on the government more.

The deficit in the general budget rose from 2.2 percent compared to gross domestic product in 2010 to more than 40.5 percent in 2014, and in light of the regime government providing any financial data on the budget accounts for the period from 2012 to the end of 2016, we cannot estimate the real budget deficit accumulated during the noted period. However, the deficit — according to the government’s own estimates, which are usually far less than reality — in the budgets from the years between 2013 until the end of 2016, reached 2.933 trillion Syrian pounds.

The reason for the large deficit in the budget relates to the decline of tax revenues which are limited to those in the areas under regime control, and as a result in the regime’s tax shortfall, and the evasion of major taxpayers and influential people from paying contributions, in addition to the decline of revenues in exchange for providing water and electricity services in many Syrian regions and provinces and the sharp decline in oil revenues, as well as the nearly complete lack of tourism revenues — these elements comprised major sources of budget financing. Oil comprised about seven percent of GDP in 2010 while it witnessed a sharp decline by 2016.

2016: Distinctly the year of unemployment

The allocations for salaries, wages and compensation in the 2016 budget were 372.07 billion Syrian pounds — a rise of 56.02 billion pounds over the allocations in the 2015 budget.

The regime accounts, according to its media, saw clear erosion in the income of workers and low income people, which contributed to the deterioration of their living conditions and the difficulty of securing their basic needs, pushing a large number of them to fall below the poverty line.

Despite regime saying that in 2016 some 64,778 jobs had been provided, this is on its own a weak number compared to the previous year, meaning that this year was distinctly the year of unemployment.