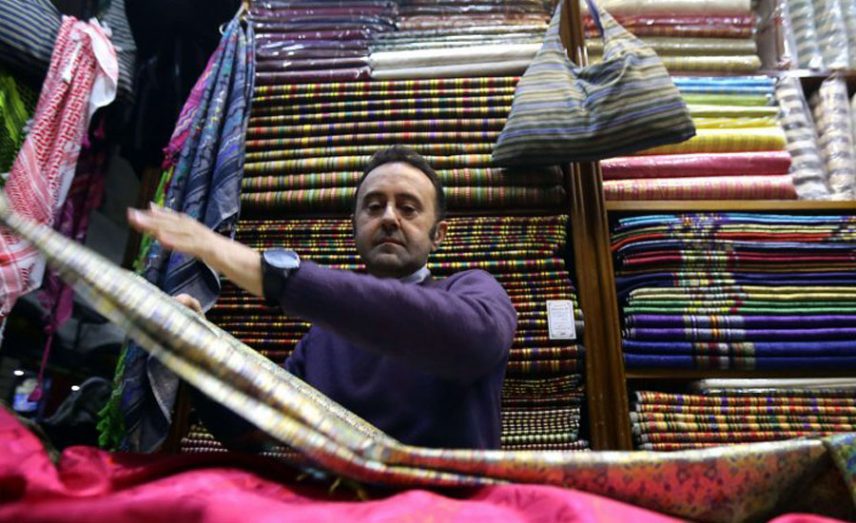 How does the tourist scene in Damascus look after years of war? Markets are empty of customers and visitors — dim scenes in which you do not see anyone but armed members of popular committees and Iranian militias. Have Damascus markets lost their luster?

The tourist scene in the city has been noticeably depleted, especially with the extinction of many handicrafts — an important factor in attracting tourists to the capital — and the relocation of their places of manufacture to outside Damascus.

No customers today fill the stores which sell traditional gold and silver works or even the ancient covered market in Old Damascus, where the dimness has been increased with the sight of hungry cats. Everything seems as if it was emerging following an earthquake, or living a nightmare for years.

No tourists or people of the country in the markets

"It's become unusual to see a tourist," says one of the traditional workers in the Al-Qaymariya district in Damascus. Beside him, a silver works store owner who depended on groups of visitors tries to describe the situation without frills. He says: "We were in the tourist season, and we depend a lot on tourism. Tourist groups were not cut off from the market, and we had relationships with some of them, and they would call us before coming to Syria and would order specific designs of silver, apart from the orders we would hope for, such as gifts for some of the ministries to be presented to guests coming to the country. This has also been cut off because of what is happening in Syria."

The faces of the passersby in the alleyways of Damascus have changed, and have become those of the popular committees, militias from Iran, Lebanese Hezbollah and others patrolling through Old Damascus. "They don't buy anything!" says Abou Fahad, who works in one of the carpet stores, the owner of which had left and fled to Egypt for work.

Some of the stores were forced to add cheap goods for the interest of young men who are less likely to spend because of migration or fleeing from military service, he said.

Despite describing a completely non-existent sales market, the storeowner is insistent on him staying, and so he presents some of the carpets at the front, without anyone ever asking for their price — tourist or local.

At one of the silver stores, a neat man in his 60s sits drinking tea by himself. He tells Souriatna: "For over two years I've come to the market, and I sit at my store until evening prayers, and then I go home. I don't do anything but drink tea."