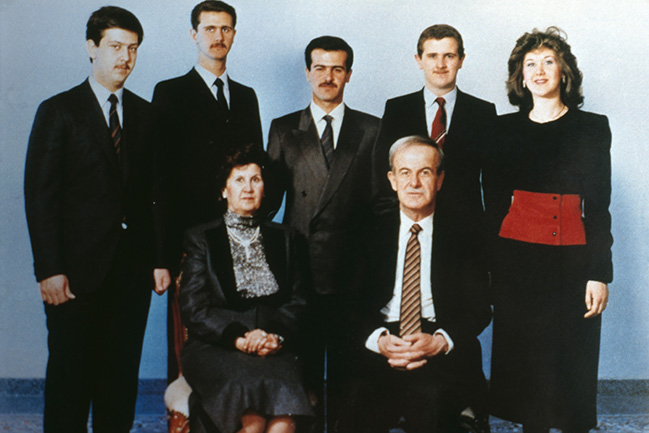 The lack of justice and accountability in Syria can be attributed to the Assad regime’s decision to not ratify human rights conventions, as well Russia’s veto derailing proceedings in the international courts, according to rights lawyer and head of the Syrian Center for Legal Researches and Studies Anwar al-Bunni.

However, the lawayer said there were legal gaps in the courts of some European countries which have allowed some lawsuits to be brought against the regime. An indication he described as “promising,” noting that if the suits raised in the courts of European capitals succeeded, that might lead to severing the path to any attempt to rehabilitate the regime.

In an interview with Sada al-Sham, Bunni said that there were new lawsuits which would be raised against Rifaat al-Assad (President Bashar al-Assad's uncle), regarding his responsibility in the massacres which were carried out in the city of Hama and Palmyra prison. Bunni said that he had in his possession evidence that proved the involvement of First Lady Asmaa al-Assad in carrying out war crimes, which could lead to her being tried after stripped of British citizenship.

Regarding the judicial mobilization in various European capitals, from Berlin to Madrid to London against figures from the Assad regime, Bunni said: “We are working from more than one angle. In Germany, there is a lawsuit against intelligence branches, especially the so-called ‘death branch,’ and the suit is now before the federal attorney general. The matter is very promising, especially given that there is talk of opening an official investigation around war crimes. We are relying on an article in the German constitution which gives powers to the attorney general to prosecute war crimes, and this authority is not binding.”

Regarding the strong demand of British MPs to strip the president’s wife of her British citizenship, Bunni claims that “the British courts do not consider [reviewing] crimes except when investigating the carrying out or covering of a crime, like all judiciaries in the world, which is to say that when the British judiciary condemns Bashar al-Assad, it can charge his wife with the crime of covering up the crimes of her husband.”

“Our mission now is limited to supplying the British courts with evidence which proves her complicity and carrying out crimes,” he added.

Bunni claimed he had concrete evidence proving Asmaa al-Assad’s involvement in carrying out crimes, but added, “I will not reveal a secret by saying what. We have enough evidence to prosecute all the criminals, and we are working on every issue at the same time.” He added that the question of withdrawing British citizenship from Asmaa al-Assad is “in the hands of the British Interior Ministry and it is not parliament who does that, but the demands are an indication that the Syrian issue is being dealt with seriously.”

Bunni concluded by saying all other armed parties are also responsible for crimes and violations, which has allowed to happen “because of the illusion of these parties that the political solution will not involve the issue of justice.”

He added: “The experience of Lebanon cannot be repeated. In Lebanon, the civil war has still not ended but has turned from a military war to a political war, which could explode and return to how it was, which our brothers in Lebanon know well. In Syria we do not want the Lebanese solution, neither in terms of stopping the military operations nor in terms of the sectarian quotas which they have. We want a solution in the Syrian way, a civil, democratic solution.”