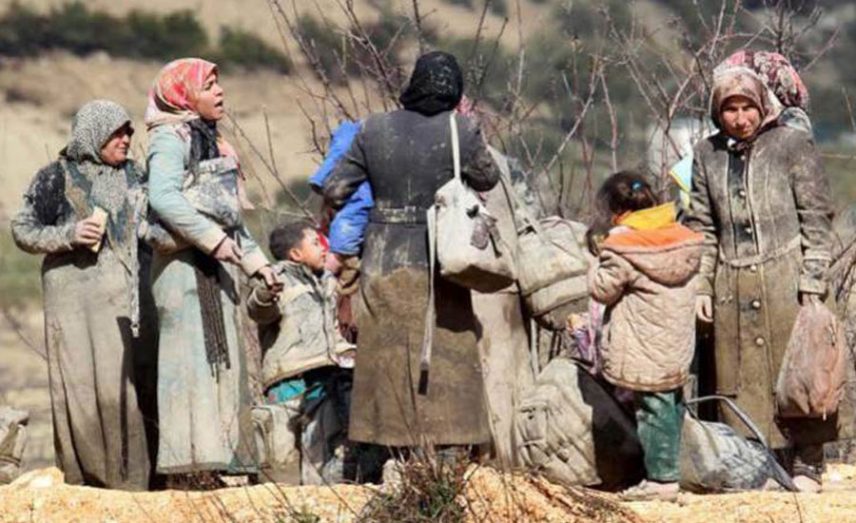 For years, many people who wish to escape to Turkey have transited through Idleb from all areas of Syria, especially from Deir-ez-Zor, Raqqa and Aleppo. The Turkish government has tried, without solid commitment, to prevent them from crossing its borders except in exceptional cases. But in the last year Ankara has strengthened its measures shutting the border, while building a cement wall dividing Turkish territory from its Syrian neighbor.

Most smugglers hail from the border region, which are rural areas where clients dare not to go alone because of their lack of knowledge and the rarity of services, transport, shops and communication there. They usually settle in urban centers, where different jobs have developed over time to provide them with services, in addition to ensuring the agreed-upon amount for smuggling.

All of this has led to a flowering in the private market for smuggling, in which smugglers work alongside agents, brokers, drivers and real estate office owners. On top of this, any person that lives in Idleb and knows one of the operators customarily sets a special amount to bring together the client and the smuggler, usually between $50 to $150.

The smugglers in these markets occupy the first place the in ladder of extorting the most money before putting passengers in a group to cross to Turkey.

Without prior planning, I found myself with a group of passengers in a smuggling market. I knew, later, that all of us were vaguely aware of being under pressure of the outrageous profit that the exploiters in this market had set for themselves. But with the accumulation of my failed attempts to cross, and the relationships — as a result of these failures — with the smugglers and guides in the gendarme detention centers and the intermediaries in the urban areas in Idleb, a lot of market's methods had become clear to me.

The name of the route which the passengers take varies by region or the road which they take. There are the Harem and Al-Assi, Al-Qutun, Al-Jedar, Al-Zahaf, Al-Rukad, Al-Mashi al-Taweel, and the Al-Taraktor, Al-Izn and Al-Bowaba routes… and the price of the route is set according to the hardships the passengers will face during smuggling, and the likely rate of success. The Harem route, which is highly monitored, is a minimum of $300 per passenger, while Al-Bowaba is at the top of the pyramid at $3,000.

The customer's eagerness to reach Turkey, his ignorance and his wealth are matters which enter in a large way into setting the price of the route, and likewise the level of care for the group and their numbers. The success of a smuggler in getting a group of passengers in raises the price of the route which he takes for days, and clients pay more for it, until they are certain of the role of chance in the success, and then the star of another smuggler rises.

Selling passengers is well known in the market, to which I fell victim once with one group. One of the brokers wanted $500 per passenger for us. We believed that he would deliver us to the smuggler, and then it became clear after all that the other was also just a broker, who bought us from the first for $400, and then paid the smuggler just $250. We were put for two days as a matter of precaution in a small border village to guarantee we did not communicate with another.

Selling passengers is one of the issues which has been settled by the nature of the market and those working in it, as any broker had full trust in any other broker or smuggler to conceal the real price of the routes from his clients, who he tells, with a kind of false disclosure, that his profits are not more than $50 per passenger, and that with this he pays for their housing, food and transport to the border.

But what is interesting in this disclosure is that the smuggler or broker usually directs insults to smugglers and brokers for being frauds, attempting to legitimize his own methods in the eyes of his clients.