In rebel-held Daraa, locals are confused by the rising cost of basic goods as the region witnesses a strengthening of the pound 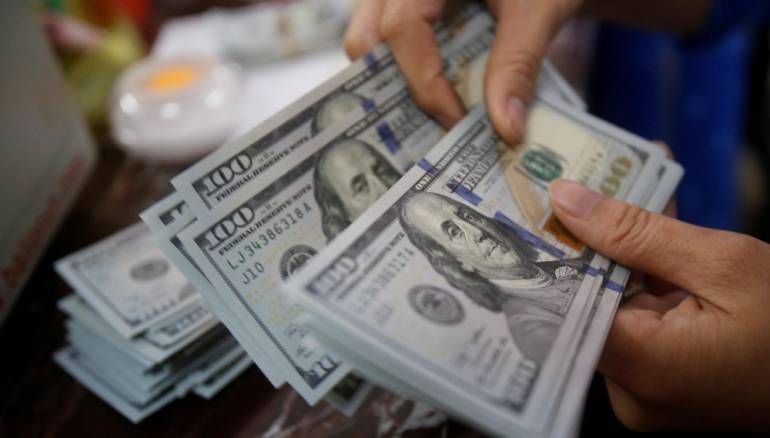 Despite the decline in the dollar exchange rate in Syria, especially inside the liberated areas, people in the southern province of Daraa continue to complain about the high prices of materials.

Prices of basic materials such as fuel continued to rise contrary to expectations after the start of the drop in the dollar against the Syrian pound a few days ago.

Derar Hamdan, a resident of rural Daraa, said that the rise in prices of some materials is related to traders who want to compensate for their loss at the expense of the consumer.

He added: “For example, the price of diesel was 82,000 Syrian pounds two days ago. The exchange rate of the dollar was 460 Syrian pounds. Yesterday, when the dollar dropped to 445 pounds, I bought the diesel fuel barrel at 92,000 pounds, although traders have large quantities and stocks.”

According to Hamdan, prices in the liberated areas of Daraa were not affected by the fall of the dollar against the pound.

Abou Sham from the eastern countryside of Daraa said: “The decline of the dollar rate will not affect the region's prices. The trader does not want to lose with his goods, and regime checkpoints continue to impose fees on cargo trucks, all of which affect the price of goods despite the dollar's decline.” These tariffs are passed on to the citizens, who have to pay these extras.

Abou Sham pointed out that the drop did not reflect accurately on prices, explaining that the price of a kilo of chicken reached 650 Syrian pounds a week ago, and began to rise after the dollar dropped to 900 pounds.

On the other hand, Mohamad, a store owner, believes that wholesale traders control the price of goods.

He said that many goods were bought when the dollar was high, and have continued to rise, pointing to additional fees at regime checkpoints and the high cost of transportation because of the high fuel prices.