Turkey has worked to implement future plans for the region in numerous fields, including security, economy and the development of services, Enab Baladi writes 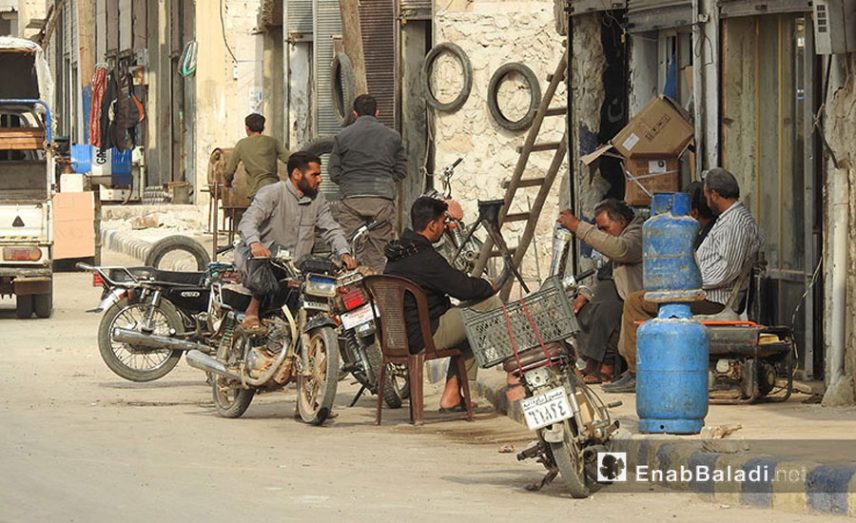 Ankara is redrawing the economic structure of the areas of the northern Aleppo countryside after carrying out the Euphrates Shield military operation, through which it supported Free Syrian Army groups in retaking territory from the Islamic State (ISIS) group, an operation which ended in March 2017.

The countries which have entered into Syria politically and militarily after years of war have begun to look for a bill for their support to their parties in the conflict, whether that is the Assad regime, which is supported by Russia and Iran, who have obtained long-term economic contracts, or the allies of the opposition, which lacks economic support through which it can rebuild the infrastructure of the areas under its control.

After the rebel groups imposed their control over the northern and eastern Aleppo countryside, a stage of rebuilding and renovation began under Turkish supervision at all service levels. The beginning saw the reopening of three crossings between Turkey and the Aleppo countryside, which included the Bab al-Salama border crossing in 2016, the Jarablus crossing in September 2016 and the Al-Rai crossing, which was officially opened in December 2017, becoming the first civilian commercial crossing with Turkey north of Aleppo.

Turkey has worked, in the post-ISIS stage, to implement future plans for the area on various levels, whether that be in terms of security by imposing security in the region and forcing the rebel groups to unite, while transporting their military bases outside the cities. Or economically, through the opening of the crossings, which will lead to an unprecedented economic revival in the region. Another area which Turkey has worked to assist development is the return of services, through supporting local councils and rebuilding service and medical facilities, constructing hospitals and schools, and repairing roads and paving them, while also opening the first branch of the Turkish post office (PTT) and setting up towers for Turkish communications companies.

Many analyses have been issued around Turkey’s aims and interests in the region, as some have attributed the reconstruction of infrastructure to getting refugees to return from its territory, where more than 3 million are estimated to live, according to official figures.

Mulham Jazmati, a researcher in the Syrian Economic Forum, said that Turkey’s aims are to establish its presence in the area, not only militarily but economically, in order to benefit from reconstruction.

Jazmati said that he doubted analyses which claim that Turkey wants to incorporate these areas and see a restoration of the Ottoman Empire, saying that Ankara, if it wanted to do that, would have worked to lift the border between its cities and northern Aleppo, and raised entry visas for Syrian citizens. But he said that they do want to impose their stewardship on the northern region as it has strategic value, most importantly preventing the formation of a united Kurdish state on its borders in the future.

Delay of investment projects and absence of Syrians

Despite nearly a year passing since the conclusion of the Euphrates Shield operation, which saw the expulsion of ISIS and the return of relative security, major investment projects are still absent from the region, according to media activist Abdel Qader Mohamad.

He said that development projects in general were small, such as repairing a school and paving roads, adding that large investment projects which would help employ people and decrease joblessness still were not present.

However, Turkey has begun to make large investments, such as in the city of Qabsein in the Al-Bab region last month, where the local council signed a memorandum of understanding with a Turkish construction company to set up a residential project in the area, including 225 residential apartments and about 30 shops in the Turkish mold, according to a statement from the project’s administration to Enab Baladi.

However, these projects notably lack Syrian businessmen and investors in the region, as Abdel Malak al-Nahar, who has a degree in economics and is present in the Aleppo countryside, expressed his shock at the lack of businessmen in Arab countries and Turkey interested in the Aleppo countryside, calling on them to support with direct investments, whether in small or major projects. These will serve large segments of society because they need labor and, therefore, will resolve the problem of unemployment in the region in general.

The economic researcher Mulham Jazmati said that the Gaziantep Chamber of Commerce supported Syrian businessmen in investing in the Aleppo countryside, and has tried to bring them together to be the first to benefit from the area and investments. However, there were no serious steps from the two sides, whether the Syrian businessmen in Turkey or the Turkish government.

Jazmati said that in a request a number of traders had told the Chamber of Commerce of their desire to invest in Jarablus and establish businesses there, but that the approval for this request had not yet come from the Turkish side.

He added that there was shared trust between Turkey and the local residents after Ankara made an attempt to establish security in the region, in addition to the people’s lack of faith in the existing Syrian administrative authorities, including the Interim Government and the executive authorities, which have not proven effective on the ground.

Jazmati said that there were studies submitted to the Gaziantep Chamber of Commerce about the possibility of transferring the experience of Turkish towns to the Aleppo countryside, as each municipality is totally independent of other municipalities and each has its own budget.