Girl was taken by masked men in Bar Elias while on the way to school, witnesses tell Al-Modon 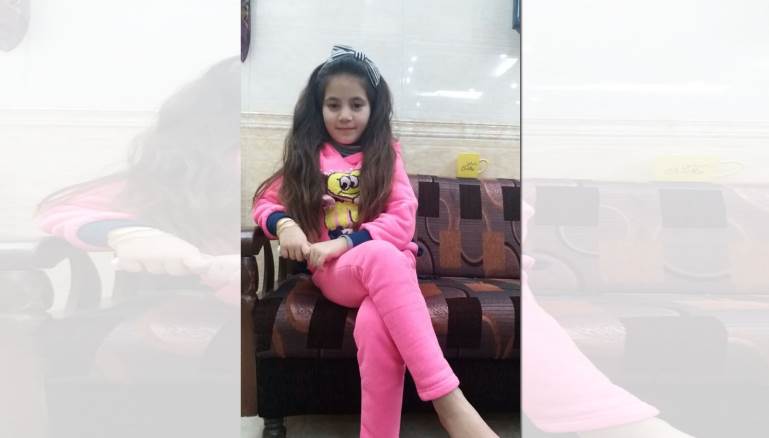 Seven-year-old Syrian child Salaha Ali Katoua should have been in school on Thursday. However, as she was heading to the school bus, a masked man blocked her way beneath her parents’ house in Bar Elias at 7:30 a.m. and snatched her from among her younger siblings in clear view of her mother, who was watching her children from the balcony of the house until they departed. The kidnappers fled with her in a silver Cherokee car to an unknown location.

Salaha’s siblings ran to the bus crying, as the children and their father Ali tell it, where the driver did not notice Salaha was missing until after they reached school and were summoned to tell their testimony about the incident. The neighborhood awoke to the sounds of a terrified mother, expecting that a traffic accident had taken place below the home of Al-Hajj Mohamed Katoua. As even in the worst of times that Lebanon passed through, they explained, they had not seen the kidnapping of a child.

Before Salaha’s family could absorb what had happened, her father Ali received a phone call from the kidnappers five minutes after the incident. He was allowed to hear her voice. They were demanding $250,000.

The security agencies hurried to analyze footage from cameras set up in a number of homes where the car used by the kidnappers was observed. They car likely had two people in it, both masked, as witnesses say. It took the road opposite the one taken by the school bus.

According to the reports, Ali Katoua and his family had moved to the Bekaa Valley five years ago with the start of the displacement from Syria, and had set up major stores to sell clothes in the Bar Elias area under the name “Al-Haneen Grand Stores Company.” The family built their house about a year ago in an area where Bar Elias’ traditional families live, thinking that they had provided their family a safe environment far from problems.

Ali’s neighbors know the extent to which he is attached to his daughter Salaha, distinguished from the love of her brothers, they say. They believe that the kidnappers must have been watching for a period and knew the details of his life and those of his family, in order to dare to carry out their kidnapping in the middle of a residential district overflowing with children. The kidnappers had Ali’s private number, which even those neighbors close to him said they did not have. Therefore they suspect the kidnappers knew Ali well and his financial capabilities.