Large, unofficial duties are being imposed by pro-government forces at the Tel al-Tawqan crossing, according to Samarit 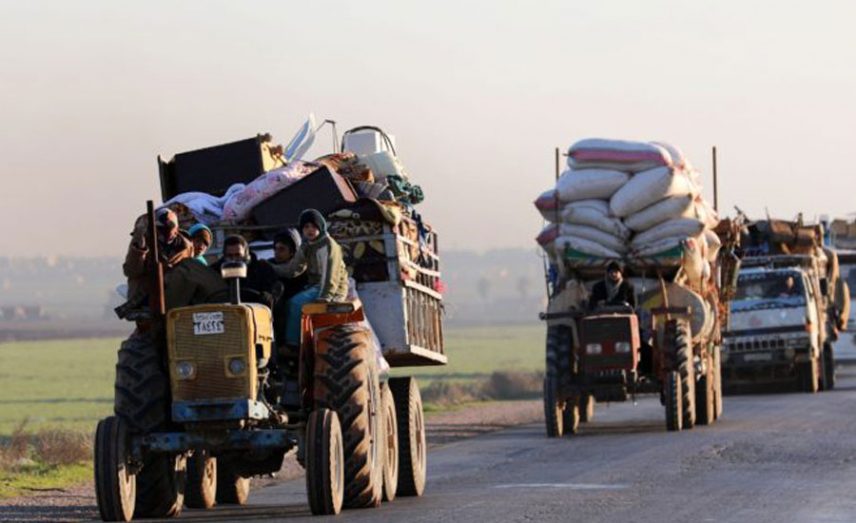 Syrian regime forces have imposed major fees on equipment and civilians returning to areas under their control east of Idleb city through the crossing in the village of Tel al-Tawqan (31 km east of Idleb city) in northern Syria.

Another local source added that regime forces had arrested a large number of civilians returning to the area, without giving details of the number or the charges against them.

Regime forces opened the Tel al-Tawqan crossing after an unannounced Russian-Turkish agreement on Sunday March 4. The crossing starts from Tel al-Tawqan village, passes through Tel al-Sultan and goes up to the village of Tel al-Kalba, which is under regime control. The entry of about 1,500 displaced has been recorded.

During a recent campaign on Idleb province, regime forces took control of the towns of Sinjar and Abu al-Dahour, in addition to the Abu al-Dahour military air base and dozens of villages. The Free Syrian Army and Islamist brigades launched two separate battles to repulse the regime forces, but they were not successful. The regime campaign on the province killed and wounded hundreds of civilians and displaced more than 200,000, according to the United Nations, in addition to inflicting major destruction on infrastructure.