Data obtained by Al-Watan shows the value of trade has increased over the year before once again, though still far below pre-war levels 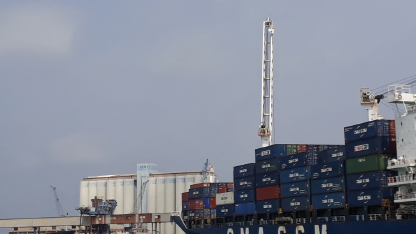 Al-Watan learned from official sources in the Ministry of Economy and Foreign Trade that the total value of exports according to customs data for the last year (2017) was about $700 million – that is, an increase of about $40 million over the previous year (2016), when the value stood at about $660 million (noting that it was about $9 billion in 2010).

This marks growth for the second year in a row, although this number clearly conflicts with the estimates of the Syrian Exporters Union, which expects the worth of exports to reach about $5 billion dollars, given that the real value is several times higher than the official amount. The reason for this is the lack of disclosing the real value of exports, as is known.

The prime minister said during his meeting with directors of economic institutions last week that the value of imports of basic goods alone in 2017 was about $3.7 billion.

The minister of economy and foreign trade said in previous statements that primary goods account for more than 70 percent of the total imports, and based on that, estimates for total value of imports can be made at between $4.6-4.8 billion (with the rate between 70-75 percent).

The economy data which Al-Watan obtained a detailed copy of indicates that exports have decreased during the war (between 2011 and 2017) by about 90 percent and imports by about 80 percent, and that the average coverage ratio of exports to imports in this period reached just 28 percent (while it had been over 70 percent in 2010).