The militia is a way for the regime to begin clawing back control in the parts of Raqqa under SDF control, sources tell Arabi 21 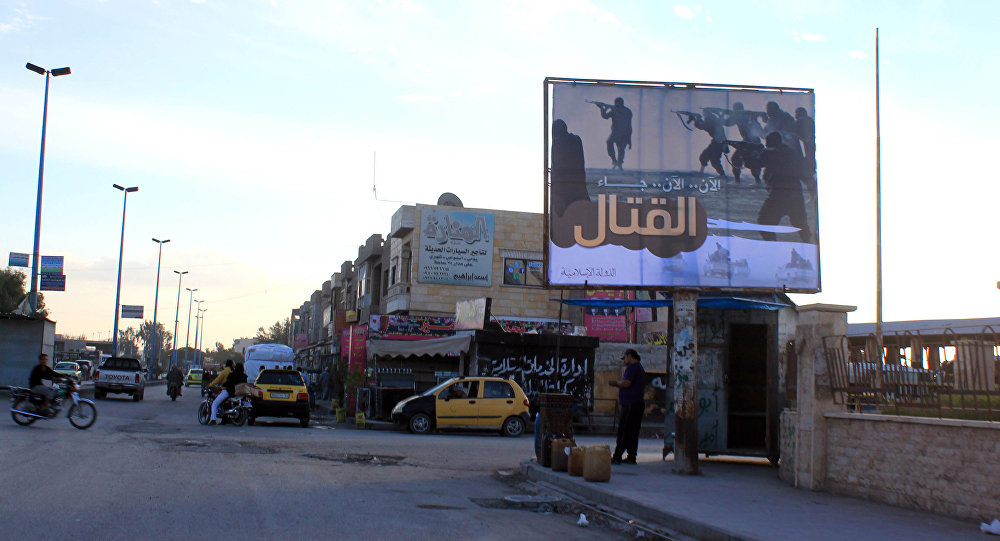 Local news sources east of Raqqa have revealed the Syrian regime’s intention to form a new militia in the area named the Jazira Sanadeed Shield.

Sources told Arabi 21 that the regime’s intention through this formation is to irritate and confound the United States and its tool the Syrian Democratic Forces (SDF) in Raqqa, under the pretext of “popular resistance.”

The "Raqqa Is Being Slaughtered Silently" page said that the new militia is part of the Syrian regime's Fifth Corps and is funded by Iran, and that its base will be in the town of Rawz Shamar in the eastern Raqqa countryside.

It said that the regime had appointed Walid al-Shamari to head this militia, which works to “encourage residents to join the militia by offering funds, taking advantage of the severe need prevailing in the area.”

In this context, the vice president of the opposition Raqqa Province Council, Mohamad Hijazi, said that the regime’s formation of this militia served as an “indirect declaration of war by the regime and Iran against the United States in Raqqa.”

He told Arabi 21 that the regime would take advantage of the marginalization Arabs suffer from in Raqqa under the SDF's racist policies, especially toward members of the tribes.

Hijazi said that the regime would take advantage of the anger that Raqqa’s residents feel toward the Kurdish militia occupying their city in order to force them to fight, without announcing openly that it is a war on the SDF and the Untied States.

He said that the regime’s opportunities for success in Raqqa are large because the majority of Raqqa’s residents stand against the SDF and its policies in Raqqa, pointing to the presence of popular frustration in the city.

In contrast to Hijazi, media activist Muhab al-Nasser said that the relationship which ties the regime to the SDF is a strong one based on direct dependency.

He asks: “Can we talk about a conflict between the regime and the SDF in Raqqa and elsewhere when we know that the regime forces have taken control of areas under SDF control in the eastern Raqqa countryside and from there headed to Deir-ez-Zor last year?”

Nasser pointed to the coordination and integration between the regime and the SDF in Afrin – in a reference to the regime’s announcement that it was sending Popular Forces to support the YPG against the Turkish army and Free Syrian Army.

Going back to the Jazira Sanadeel Shield, the activist said that the regime had established these formations to present itself as the one force capable of imposing security in these areas, which have suffered from oppression from every faction in the Syrian conflict, led by the Islamic State (ISIS) group.

Nasser continued, saying that the regime wants to gain the people’s sympathy in preparation of a return to ruling Raqqa by making this a popular demand.

The Syrian regime controls all of the eastern Raqqa countryside, while the American-backed SDF controls the city and the remaining countryside.