While major improvements have been made in the schooling of children in Deir Ezzor, serious challenges remain, al-Madina reports 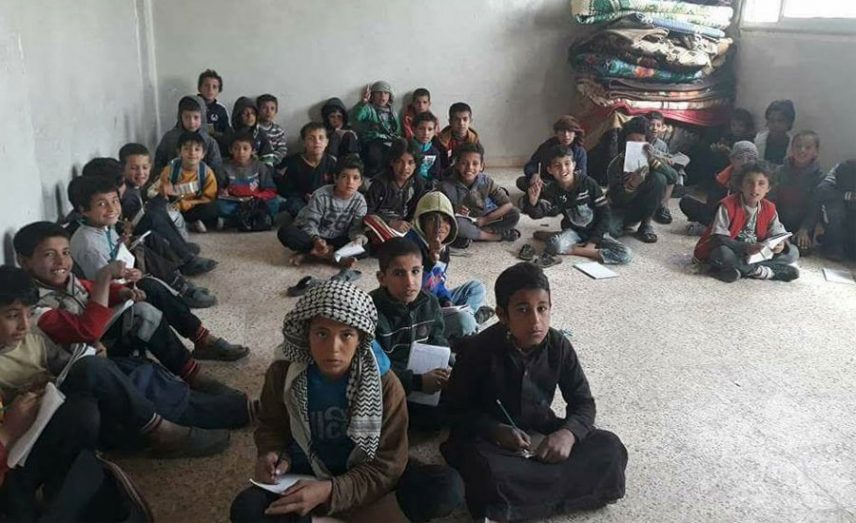 After the defeat of ISIS in areas today under the control of the SDF in the Deir Ezzor province, education faces various challenges, including the heavy destruction inflicted on school buildings, the displacement or flight of educational staff, and the impact that ISIS had on the minds and psychology of the children during the time they controlled the area, which lasted more than three years.

School buildings in the province were subjected to heavy damage in recent years, as the raids of regime and Russian warplanes damaged hundreds of schools, destroying some completely.

ISIS used some schools as bases and factories for bombs and explosives and in some cases destroyed the walls of the schools after looting their contents — according to estimates of teachers from Deir Ezzor, more than 60 percent of the province’s total schools have been destroyed.

In February, the SDF’s Civil Council, through committees of residents, opened schools in the areas which the group had been expelled from recently such as the towns of al-Shaheel, al-Tiyana, Suweidan, al-Jarzi, Abu Hamam, al-Kashkia, and Ghraneij, and before that some villages and towns of the western countryside.

The opening of the schools was met with major interest from residents and the number of students registered in the opened schools has increased week after week. The number of students has reached 12,000 in three towns alone — Abu Hamam, al-Kashkia, and Ghraneij, according to the estimates of teachers from these towns.

Abu Omar, a member of the local council in al-Kashkia and one of those in charge of education in the town says: “The Civil Council promised to provide the necessary school equipment and pay teacher salaries starting from April.”

During the years of ISIS, older children who had been educated before the revolution or during the time of Free Syrian Army control, forgot the concept of schools, and other children were born without knowing school at all.

Amal, a teacher, said: “Students from the first and second grade have called me auntie more than once, as they aren’t used to the words ‘miss’ or ‘sir’.”

The impact of ISIS on the minds of children is still clearly apparent in their dress and general behavior, with shortened pants and black coverings over the head. Teachers report that some children prefer the “Islamic State” to any other force during conversations the teachers have had with them outside classes.

Abdel Sattar (a math teacher from al-Kashkia) says that the educational level of some students is below zero, with students in the sixth grade “unable to perform basic addition and subtraction computations.”

Among the major challenges and obstacles facing the educational process are the severe lack of qualified staff after experienced staff in the regime’s Education Ministry refused to join the schools out of fear of the regime regaining control over Al Jazira, especially after the statements of some regime shabiha who vowed to remove the names of every teacher working with the SDF and label them traitors.

This lack of qualified teachers has pushed education officials in areas under SDF control to accept people carrying secondary education baccalaureate degrees, whatever their type, as teachers, even if in some cases they lack even basic knowledge of the Arabic language. In other cases they have accepted those previously loyal to the ISIS organization or its supporters as teachers in some schools, which has pushed some parents to prevent their children from attending the school in protest.