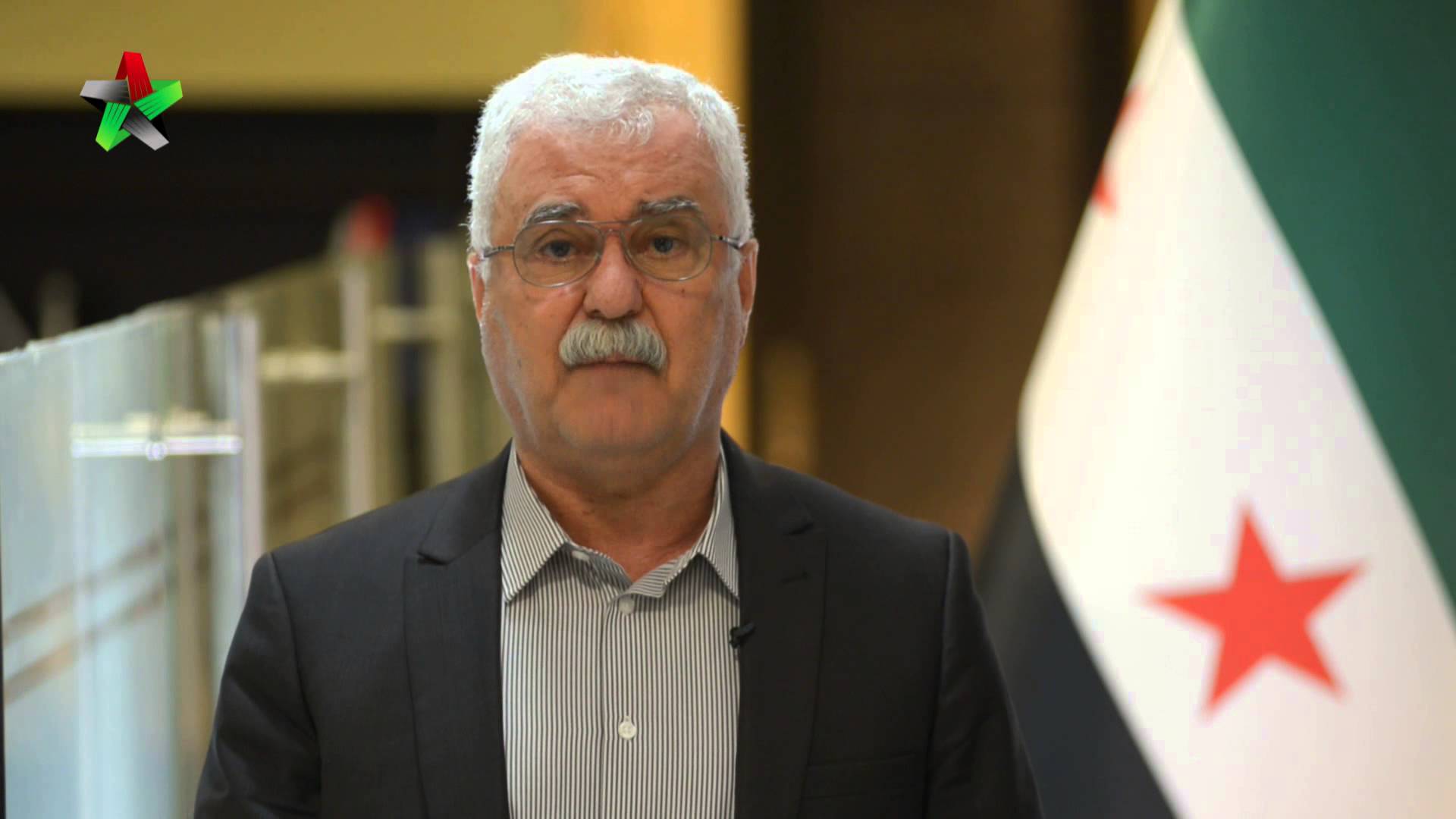 Three of the most prominent members of the opposition Syrian National Coalition submitted their resignation on Wednesday April 25: former head of the Syrian National Council, George Sabra, former Coalition head Khaled Khoja, and the head of the Support Coordination Committee Suhair al-Atassi. They said their steps came as a result of the “Coalition straying from the principles of the revolution and the aims of the people.” Activists circulated other reasons according to a specific plan aiming to reject the political process, but which could fail due to a number of factors.

According to Syrian activists following opposition political affairs, the story began last month when the Center for Studies, which is headed by Azmi Beshara in Qatar, invited a number of Syrian opposition members to participate in a “celebration of the seventh anniversary of the Syrian revolution.” During this time a number of meetings were held between members of the delegation, including Sabra, Atassi and Khoja, as well as Riad Hijab and others, with the latter inviting them to his home in Doha separate from the celebration.

Activists launched a community group named “Veterans” and members of this group agreed to reject the political solution according to the current international proposals, especially with the Astana track which was sponsored by Turkey, Russia and Iran.

The aim was to reach the presidency of the Coalition to announce this position, while there was an agreement between them to nominate George Sabra for this position. However, the results were not as planned and the current steps had to be taken, aiming to form a new opposition body to later join the High Negotiations Committee to express the stalled position of the political solution.

Who is the other team and what is the Brotherhood’s position?

The other team in the Syrian opposition coalition is composed of a number of figures including Abdel Ahad Sateifou, Hadi al-Bahra, Badr Jamous, Anas al-Abdah and Nasser al-Hariri.

According to what was reported, this team wants to continue toward the political solution by reaching the Coalition's command and returning it to being the sole negotiator for the Syrian opposition. At the same time, they “wash away” their mistakes of these years!

The Muslim Brotherhood group supported the plan of those gathered in Doha, but none of its members attended that meeting. After taking the step of collective resignation, the Brotherhood decided not to participate, appeasing Turkey, which has its candidate for the Coalition presidency, Abdel Rahman Mustafa, although Turkey is no longer relying heavily on the Coalition because of its role in Astana, where it had a team under its direct supervision.

The sources indicated that what will determine the outcome of the resignations is the position which Hijab takes, as if he does not announce his resignation quickly then the other resignations will have no meaning.