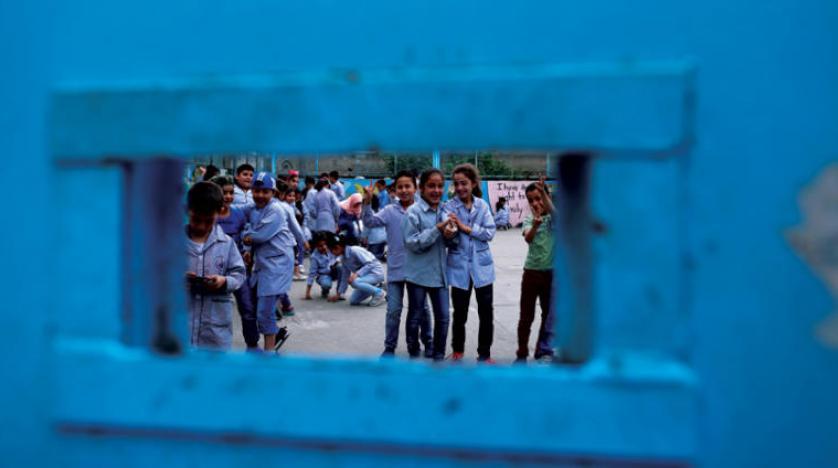 Palestinian refugees who fled Damascus’ Yarmouk Camp for Lebanon in the aftermath of the Syrian civil war have lost all hope of returning to their makeshift camp any time soon.

“Two months ago, we still had hope for returning, but the camp was destroyed last April,” Association of Palestinian Refugees from Syria to Lebanon Chairman Ayham Astitan told Asharq Al-Awsat.

“Not to mention the total and complete looting of possessions present in the camp and the utter destruction of infrastructure including power cables, water pipes, sewage networks and all services,” Astitan added.

Palestinian refugees displaced by the Syria war are torn apart in Palestinian camps across Lebanon. Asserting that there is no reference to protecting them, they are demanding a legal status which will allow carrying their cause and regulating their tragic situation, which has only been aggravating since 2013.

Almost 90 percent of Palestine refugees from Syria (PRS) in Lebanon are under the poverty line and 95 percent are food insecure. There is a critical ongoing need for UNRWA to provide cash assistance, education and health services to mitigate their vulnerability, which is forcing many of them to flee the Middle East region.

In view of the high levels of need, the United Nations Relief and Works Agency for Palestine Refugees in the Near East (UNRWA) will support all PRS families.

PRS asylum seekers are admitted into Lebanon through a seven-day visa, forcing the refugee to pay $200 to arrange for his short-lived stay.

“Since 2015, the Lebanese public security has issued many memos, which provide for the renewal of residency documents for PRS displaced persons, and to deport all those who entered illegally,” Astitan said.

“As of July 2017, accommodation is made available for six months, renewable free of charge for those who entered Lebanon before September 2016, and without imposing any penalty for delay,” he explained.

But on the flipside of matters, Astitan says that the 2017 memorandum was a pretext which allowed for deporting persons who entered Lebanon after 2016, in addition to those who crossed borders illegally.

Consequently, a large number of Palestinian refugees escaping devastation in the Yarmouk Camp are still unable to establish a proper stay in Lebanon.

Yarmouk Camp is a district of the city of Damascus, populated by Palestinians, with hospitals and schools, but which was virtually demolished by the ongoing Syrian civil war which erupted in 2011.

“Reconstruction efforts inside the camp cannot be accomplished until a comprehensive political solution is found to end the war in Syria,” added Astitan on the chances of making the camp habitable for returning Palestinian refugees.

He added that regulations established require proof of ownership, leaving refugees distressed with the threat of losing property as most documents have been lost under rubble.

With the agonizing loss of their camp homes and destruction still infesting the outskirts of Damascus make it all the more impossible to return.

“Yarmouk Camp Palestinians are also afraid of Syrian prosecution, in some cases which can be life-threatening to return to Syria after a long stay in Lebanon,” adds Astitan on complications impeding the refugees’ return.

PRS youth will be forced to serve in the military and be thrown into the frontlines of heated clashes led by regime armed forces.

“Despite potential opportunities for peace and stability in Syria, the current conditions for the safe and dignified return of refugees have yet to be realized,” UNRWA's Information Office told Asharq Al-Awsat.

However, UNRWA confirmed its commitment to providing services to every Palestinian refugee registered in the five regions of its operations. Since the displacement of Palestinian refugees from Syria to Lebanon, UNRWA continues to provide its basic services in education, health, relief and social services, as well as advocating with relevant stakeholders and protection services.

PRS families continue to receive a monthly multipurpose cash grant worth $100 per family and an additional $27 for each family member per month to cover food costs. Cash for winterization will also be provided.

Nevertheless, the harsh reality faced by escapees shows the shortcoming of assistance and the insufficiency of UNRWA's offer of services, structures or protection.

“A large number of families are staying in shops which charge a rent between $200 and $300 per shop,” said Palestinian activist Hanadi Owayess.

“In the vicinity of the Shatila refugee camp in Beirut’s southern suburb, where a number of Syrian Palestinians live, some of them set up groceries to sell vegetables or the like, but they are forced to pay tally to militias that control the area and control commercial activities there.”